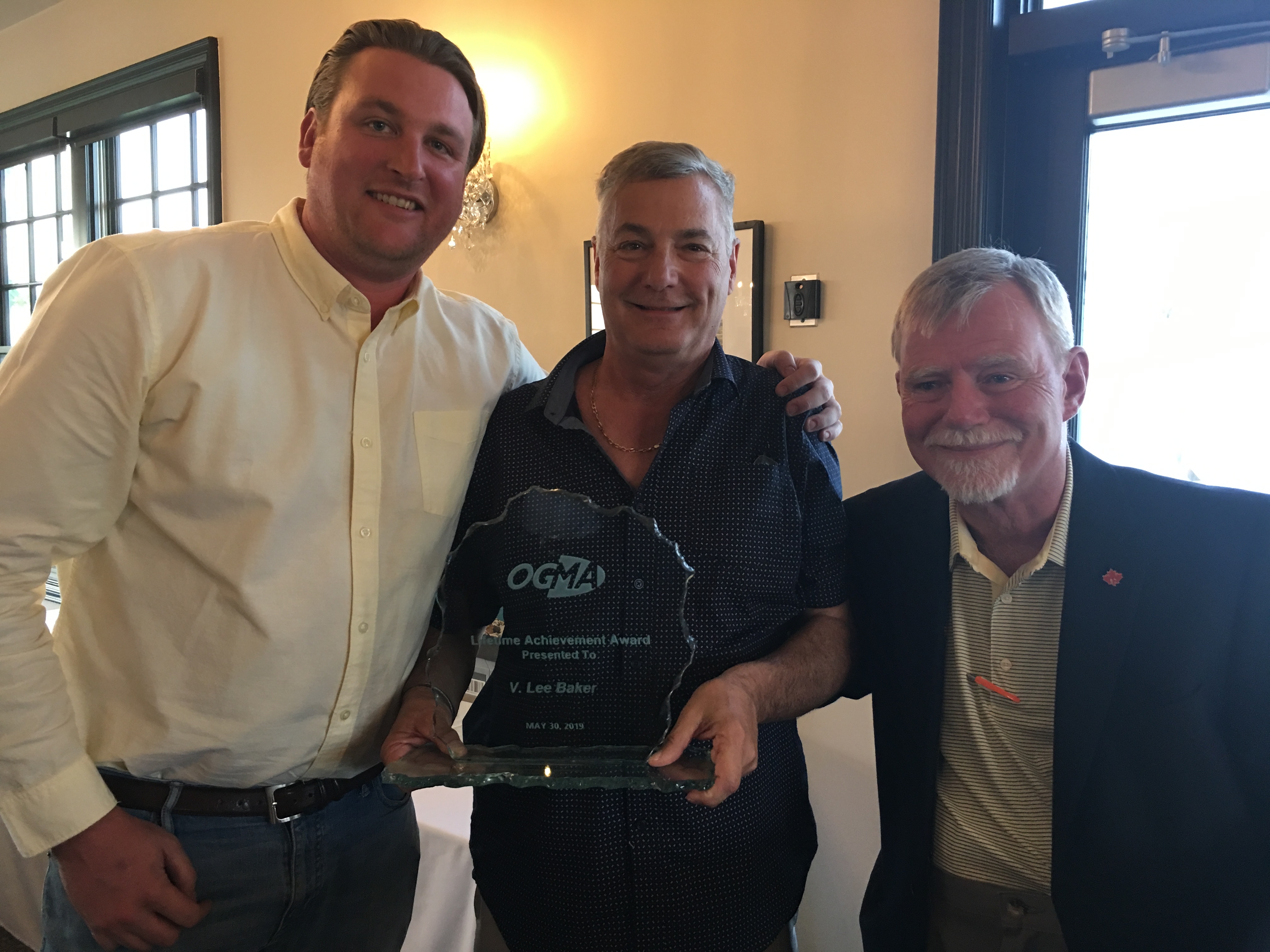 Ontario Glass and Metal Association members from across Ontario gathered again at Piper’s Heath Golf Course in Milton, Ont., May 30 for a fun day of driving, chipping and putting. The weather mostly cooperated with broken grey skies that only sprinkled a light shower of rain for a few minutes. The course had thankfully dried out after the monsoon spring, but it was still cart-paths-only. Lively conversation was the order of the day as always both at the pre-round barbeque and the steak dinner where prizes were handed out to all and sundry.

The highlight was the annual awarding of the OGMA’s Lifetime Achievement award, this time going to Lee Baker, who retired from Tremco last year. Frank Fulton honoured Baker in front of the crowd of about 120 that included his wife, Sherry, and daughter, Amanda.

Fulton outlined Baker’s background starting right at the start with his father, Bill, who was a test pilot involved in the Avro Arrow program back in the ’50s. Baker grew up in Ottawa and studied architecture at Algonquin College. He worked as a draftsman there before moving into construction material sales with Sternson Construction Products in Brantford, Ont., in 1975. After several award-winning years in that role he took a position in London, England, and spent three years working on projects in Nigeria, Spain, France, Germany and England. The family moved back to Canada in 1983. Baker left Sternson shortly after the company was sold in 1998 and joined Tremco, where he forged most of the relationships he enjoys with the structural glazing industry today. Baker was energetically involved in the wider industry throughout his career, publishing many articles, contributing to industry standards and leading associations.

Thanks to Bill Baker’s published autobiography, Fulton was able to pepper the talk with several colourful details from Baker’s childhood, including incidents where Baker filled the family kettle with butter, cut off all the drapes at sash-level, collected all the neighbourhood Christmas trees and stored them in the garage and smashed all the new storm windows his father had just had delivered. All in all it sounds like a good thing Baker found a more productive outlet for all that energy.

Baker thanked the association for the award and encouraged everyone to get as involved as he had been.

The next OGMA golf event is Sept. 12 at The Country Club in Woodbridge, Ont.