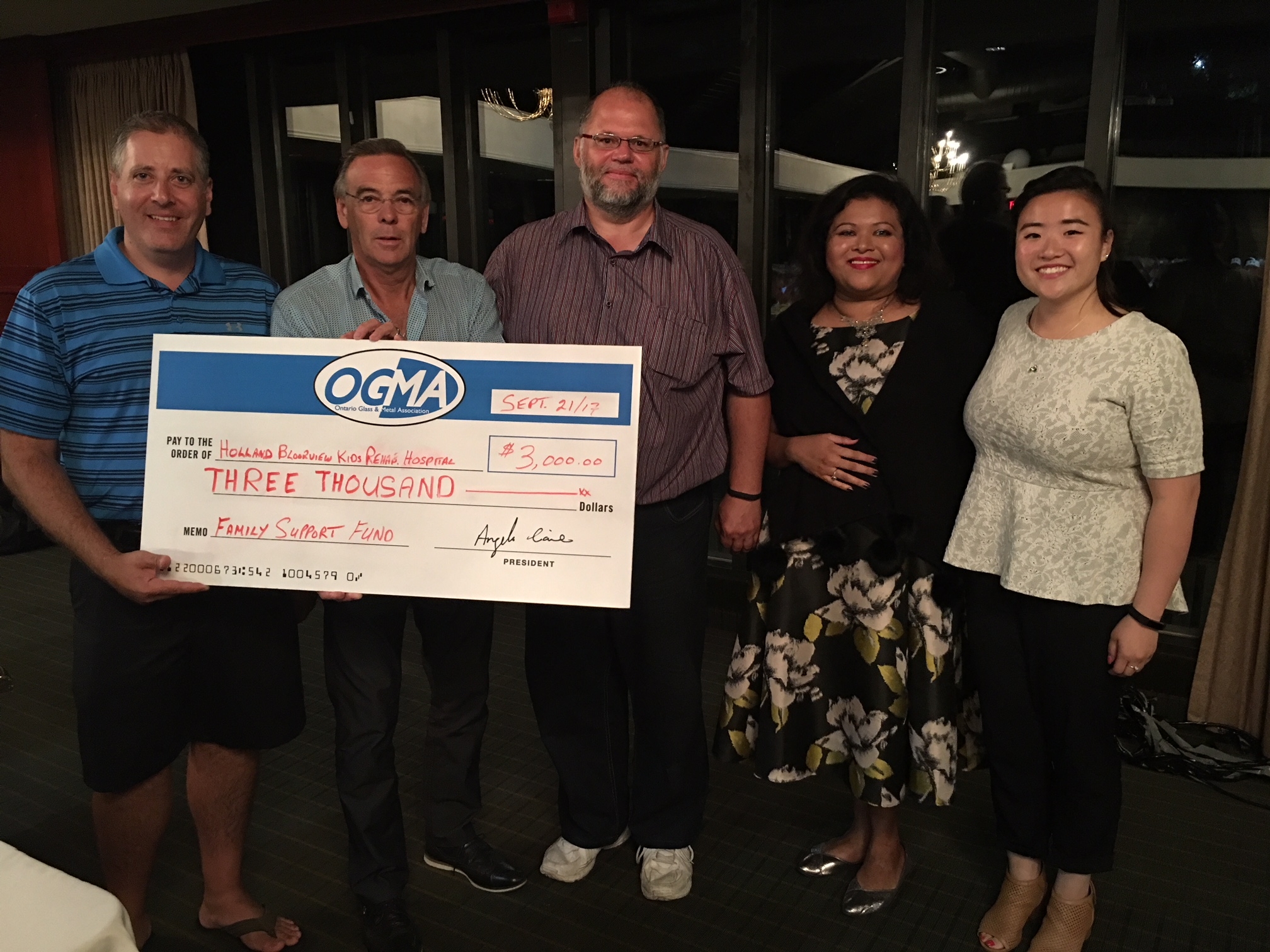 Emotions were running a little higher than normal amid the fun of the Ontario Glass and Metal Association’s fall golf tournament Sept. 21 at The Country Club in Woodbridge, Ont. Frank Fulton of Fultech Fenestration Consulting was presented with his Lifetime Achievement Award by longtime friend and
fellow award recipient, Ennio Rea of Trulite.

Fulton was clearly moved by his induction into the OGMA’s equivalent of the Hall of Fame, and Rea was excited enough to resort to physical displays of affection. In presenting the award, Rhea noted that Fulton has contributed more time to the OGMA than “everyone in this room combined.” Adding to the good feelings of the evening was Ted Redlarski of Noram Glass. Doug Morris of Morris Glass presented the Holland Bloorview Kids Rehab Hospital with a $3,000 donation from the OGMA. Redlarski then shocked the room by spontaneously offering to match the donation. It turns out that Redlarski’s family has been personally impacted by the work the hospital does. The donation was gratefully accepted by Michelle Cha on behalf of the hospital. Oh, and some golf happened, too. About 100 golfers enjoyed warm weather and great conditions.