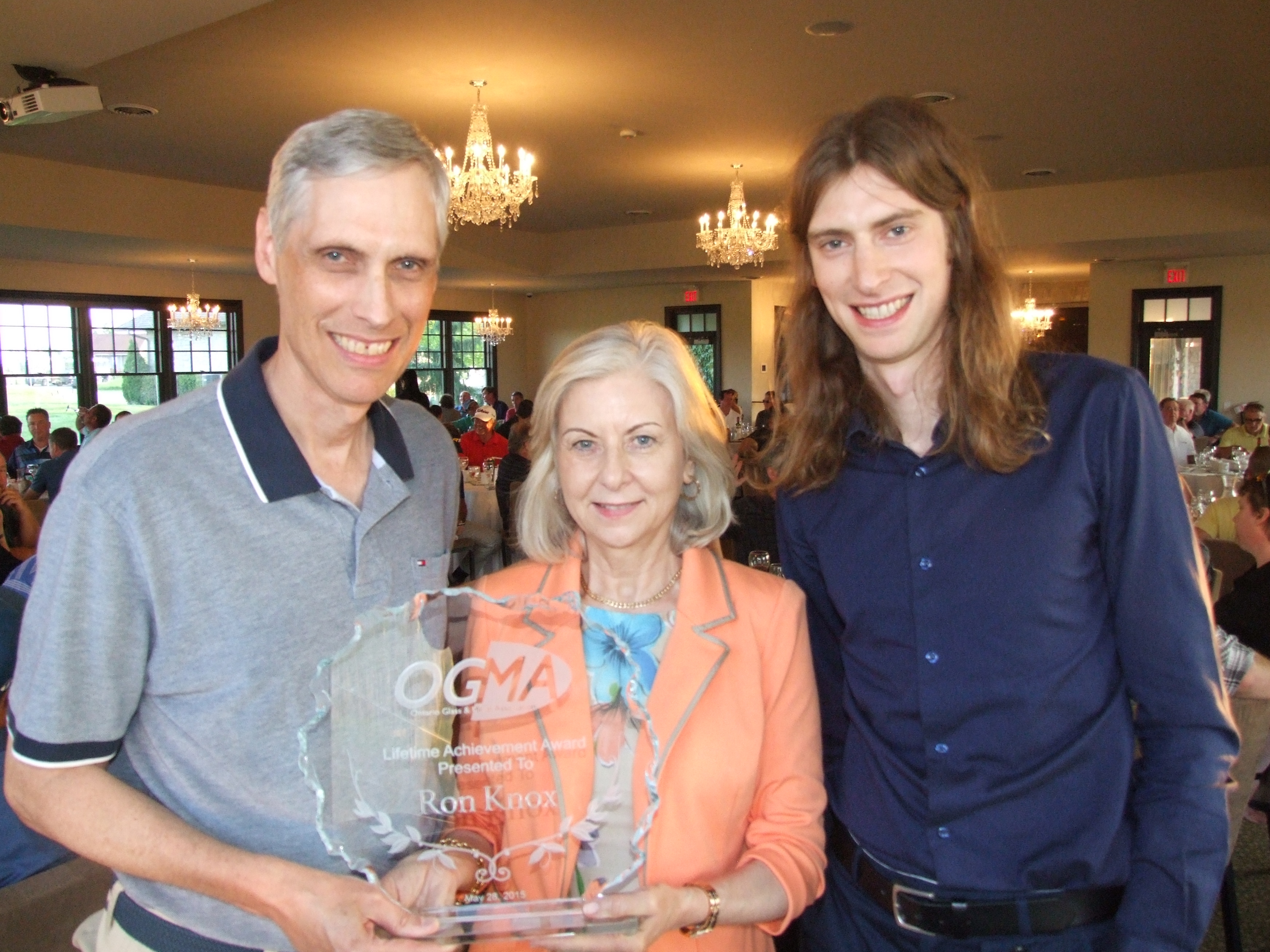 May 29, 2015 – A sold-out tournament with 144 golfers and a dinner afterwards for close to 170 showed some strong interest and participation from the Ontario glass community at the Ontario Glass and Metal Association’s spring golf. Held May 28 at Piper’s Heath in Milton, Ont., OGMA members enjoyed perfect weather, a steak dinner and the chance to catch up with old friends and new.

May 29, 2015 – A sold-out tournament with 144 golfers and a dinner afterwards for close to 170 showed some strong interest and participation from the Ontario glass community at the Ontario Glass and Metal Association’s spring golf. Held May 28 at Piper’s Heath in Milton, Ont., OGMA members enjoyed perfect weather, a steak dinner and the chance to catch up with old friends and new.

Aside from a full slate of golfers, a full slate of sponsors was also a sign of strength for the event. Alumicor, Saand, Yarlmetal, Mihko Engineering, Trulite, Fenzi, Prelco, Jamac Sales, Kawneer, CDS, Facade Plus, Tremco, Security Mirror, Sika and Gridline Design all chipped in to support the day. All but six holes had some kind of contest attached thanks to the support of these companies, and almost every group left with some kind of prize in addition to selecting from the prize table.

Once again, the OGMA showed its heart with support for charitable causes. The Alumicor-sponsored putting challenge split proceeds between the association and Habitat for Humanity. And the OGMA announced a donation to the Toronto Hospital for Sick Children supporting research into San Fillipo Syndrome, a debilitating childhood illness.

Education is rising up the agenda at the OGMA. The $500 apprentice bursary was awarded to Arie Sterk of Ferguson Neudorf, a student at the Ontario Industrial and Finishing Skills Centre. Sterk and his wife, Whitney, did a good job leading the applause at the dinner. OGMA president Angelo Cairo described his early struggles with generating shop drawings, doing measurements and ordering materials and announced his intention to create a program of courses that would educate estimators, fabricators and draftspeople about best practices in their trades. He said Alumicor, Kawneer, CR Laurence, Commdor and Oldcastle have already committed to support this effort. Cairo expressed his hope that such training would make life easier for OGMA members and reduce the need for glass companies to poach experienced talent from one another.

Ennio Rea stepped up not only to tell his usual off-colour jokes but to honour Worsel Vaughn of Tagg Industries, who retires this year after a 48-year career in the Ontario glass industry. The audience heard that Vaughn arrived in Ontario from Estevan, Sask., in 1967 and worked for Pilkington as administrator of the Ontario contract division, expanding his responsibilities to include Manitoba and the Maritimes before joining Morris Lash and Bill Parkin as a partner in Brampton Glass in 1976. Vaughn went out on his own briefly, then joined Rick House as a partner in Thornhill Glass in 1982, which became Tagg Industries in 1992. In 2005 he became sole owner of Tagg, selling the company in 2010.

The association continued to honour its distinguished members, presenting the Lifetime Achievement Award to Ron Knox of Security Mirror. Knox is a fourth-generation glass man, running the family business that has owned such legendary industry names as Joseph Taylor Inc., Allan H. Knox Ltd., and Spectra Anodizing in addition to Security Mirror. Knox started his career in the industry in 1976 after graduating from Queen’s University with a Bachelor of Commerce. He sold glazing supplies with Lorne Chabot, expanding into western Canada in the early ’80s before selling to C.R. Laurence in 2001. Knox moved back to Toronto to take over Joseph Taylor, selling that business to CRL as well in 2004. In presenting the award, Doug Morris noted that Knox was a strong supporter of associations whereever he went. He served on the OGMA board for eight years and has been a strong proponent of raising money for charity. Knox was presented with a glass trophy made by Lucent Design. His wife, Kelly, and son, Taylor, were on hand to share the moment. Ron made special mention of his father, Allan, and brother, Bryan, who also worked their whole lives in the industry and made lasting contributions to the business.

Frank Fulton also took the mic to remind members about the Attorney General’s review of the Construction Lien Act and the efforts of Prompt Payment Ontario to lobby for legislation to protect contractors from late payment and non-payment. The OGMA is considering whether to join this group, and circulated a survey asking members whether they would support paying the $10,000 membership fee.

For all the photos from the event, visit the Glass Canada Facebook page.