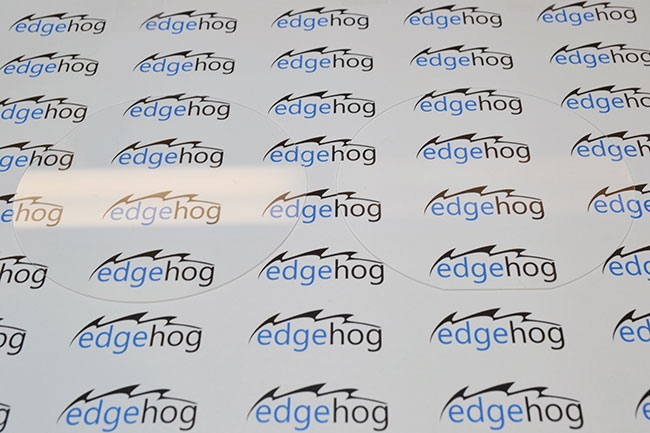 Nano-sized modification on the surface of glass brings huge reductions in the reflection of light and keeps the glass water-repellant and clean. Invented at Brookhaven National laboratory in New York, the technology is now being commercialized by a team of entrepreneurs based in Montreal. Applied to architectural glass and solar panels, the broad-spectrum technology promises to achieve an unparalleled look of invisible glass, increased energy conversion in panels and self-cleaning properties for outdoor glass.

New innovations in functionalized glass is revolutionizing industries, but anti-reflective glass remains elusive. A wave of new innovations in glass is sweeping through many industries. Consumers are seeing new functionalities throughout their daily lives such as anti-scratch cell phone displays, interactive holographic projections on transparent screens, smart windows and many more. However, one inherent property of glass continues to irk designers. The reflection of light, or glare, ruins the visual experience in all such applications. Especially in transportation applications, safety can be compromised.

Reflection arises out of abrupt changes in the index of refraction as light travels between the air and glass. This four per cent reflection at each interface is omnipresent. There exist several technologies to address the challenge, but none have yet adequately addressed all applications.

Micro-structured “anti-glare” glass is a time-honoured technique for blurring and decreasing glare. By scattering light in all directions, less light is reflected to the viewer. However, the micro-structures also blur visuals, rendering them unsuitable for storefront windows, mobile phone screens and other applications where clarity is required.

Another mature approach, optically interfering thin films, eliminates the reflection at a narrow band of wavelength. With film thicknesses at half or a quarter of the targeted wavelength, light is transmitted rather than reflected. However, the reflected colour changes with the angle of viewing and, even with multiple layers, the ideal flat spectral response or broad wavelength anti-reflection cannot be achieved. Finally, because such films are often softer than the substrate and chemically and thermally different, they are susceptible to peeling and damage from environmental exposure or wear-and-tear.

Bio-inspired nanostructures
In the biological evolution race, nocturnal moths have evolved anti-reflective eyes and wings to escape detection by predators. By growing sub-wavelength nanostructures on smooth surfaces, light throughout the visible and near infra-red wavelengths is absorbed. One can imagine these structures as densely packed pyramids with sub-100-nanometer lateral dimensions and over 200 nanometers vertical depth. From the perspective of light, such small size scales cannot be perceived. As a result, no light is scattered.

Learning from moths, scientists at Brookhaven National Lab successfully reproduced this bio-pattern on the surface of glass. Applied to both sides of glass, the nano-features render the glass almost invisible. With more than a decade of research and advances in manufacturing techniques, the moth-eye glass is now ready to take centre stage. Working in Montreal, a team of technology entrepreneurs at Edgehog is scaling up this innovation for mass adoption.

Currently manufactured at relatively small size scales, Edgehog is making anti-reflective glass for sensor windows, small displays for smart phones and watches and specialty solar panels. As a transmissive window, the Edgehog glass allows more than 99.8 per cent transmission of visible light. Importantly, the spectral transmission is uniform throughout the entire wavelength range and can be tuned for near-infra-red regions. Used for display covers, the Edgehog glass eliminates unwanted reflection, enabling improved screen readability even in sunlight or other bright conditions. With a flat spectral response, the colour of the display image remains unchanged despite wide viewing angles. In solar panels, greater energy conversion is achieved by increasing the amount of visible and near-infrared light entering the solar cell.

Superhydrophobicity
A complementary effect of the Edgehog glass is the superhydrophobic self-cleaning property. Inspiration once again comes from the bio-world: the superhydrophobic leaf of a lotus plant floats on the surface of water and as waves wash over the lotus leaf debris and contamination is continuously washed off. Here, the nanostructures again play a critical role. Water droplets on the small surface protrusions act much like a performance artist walking over a bed of needles. The surface tension of water keeps droplets disposed on top of the needles rather than sinking into them and the droplets easily roll off the surface.

With the self-cleaning property of the solar panel surfaces, the Edgehog technology prevents the typical 25 per cent decrease in performance resulting from months of fouling in outdoor conditions. Applied on windows, labour-intensive and costly cleaning processes are largely avoided.

Feasible mass manufacturing
The Edgehog approach selectively removes material from an initially flat glass surface via dry etching. In other words, no additional material is added and the surface is only composed of the native glass material. Unlike coatings, the resulting nanostructured surface has uniform chemical and physical characteristics, which ensures the longevity of the structures under environmental exposure. Because the nanostructures are composed of the native glass material, their bulk mechanical property remains intact.

Moth-eye patterns were first documented half a century ago. Early efforts to reproduce this pattern in man-made materials relied on slow and costly techniques such as electron beam lithography. Aided by advancements in polymer and plasma fields, the team at Edgehog has demonstrated a scalable process.

The Edgehog process first applies a pattern of metal nano-dots on the surface of the substrate by taking advantage of certain polymers’ ability to self-assemble into semi-periodic patterns. Because the organization occurs thermodynamically without external intervention, this approach easily scales up to large surface areas. Following the metal patterning, plasma etching is used to selectively etch away the exposed glass, with the metal nano-dots acting as protective masks. At small size scales, the plasma etching occurs simultaneously on the entire surface of the glass, enabling fast production. At larger scales, however, the challenge lies in achieving a large, stable field of plasma. There is no physics limitation in this endeavor, only an engineering task, which Edgehog is currently working to achieve.  Alternatively, the plasma etching may be done in a raster or scanning manner, enabling large surface area treatment and potentially roll-to-roll treatment of flexible glass.

Edgehog is also adapting this approach for other materials such as plastics and metalloids such as silicon. Due to the differences in etching rate and selectivity, unique nano-dot masking material and etching recipes are required for each material. Development in these areas opens the door to novel applications in anti-reflective eyewear, camera lenses and more efficient solar cells. The team will be demonstrating their technology at many upcoming shows, including the International Consumer Electronics Show (CES) in January 2019, held in Las Vegas.