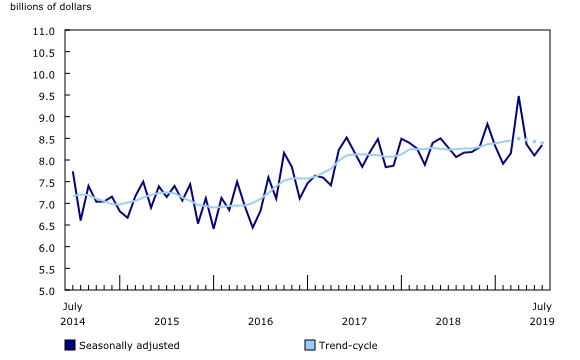 Sept. 12, 2019 – The value of building permits issued by Canadian municipalities rose 3.0% to $8.3 billion in July, largely due to increases in multi-family and commercial permits. Gains were reported in five provinces, with over one-third of the national increase in British Columbia. Quebec reported the largest decrease, down 4.0% to $1.6 billion due to lower construction intentions in all components of the non-residential sector.

Six provinces reported declines in the value of industrial permits, down 6.9% to $558 million.