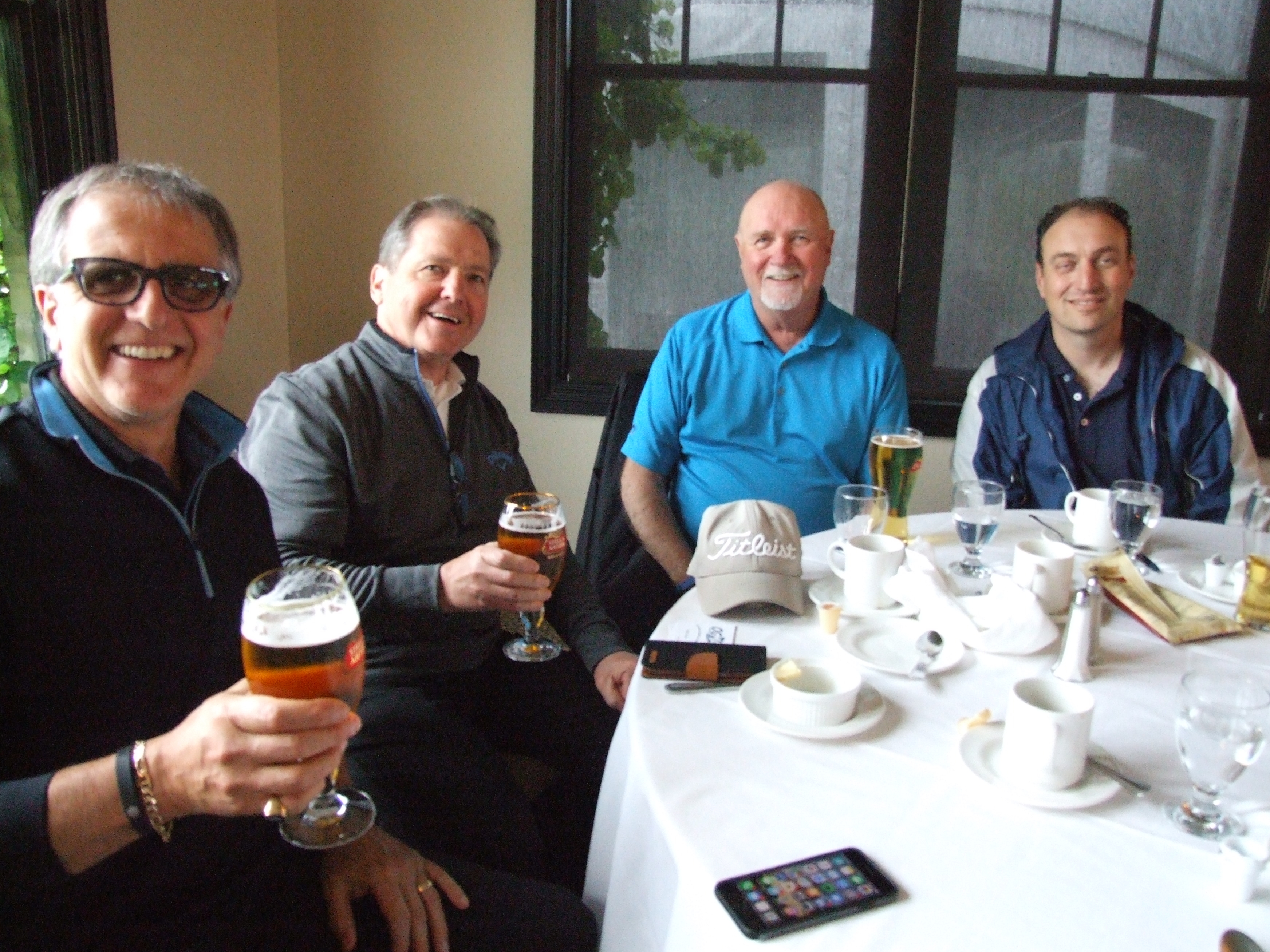 May 26, 2017 – With luck comparable to that of the 2017 Blue Jays, the Ontario Glass and Metal Association’s scheduled day for its spring golf tournament landed on a day of continuous driving rain, forcing the first cancellation of the golf round in living memory. Instead, staff at Piper’s Heath Golf Club in Milton, Ont., moved with impressive flexibility to start the steak dinner early at 2 p.m. and give the approximately 50 members in attendance an enjoyable afternoon of discussion and laughter. Attendees received a rain check.

OGMA president Angelo Cairo of Stouffville Glass gave members an update on association activities. He reported on the status of the OGMA’s efforts with Prompt Payment Ontario to craft recommendations for new Ontario legislation governing payment terms for the construction industry. The review has been completed and recommendations delivered to the Ministry, but the association continues to have some concerns. Specifically, while contractors would be obligated to pay invoices within 35 days of submission, the recommendations also state that the schedule for invoice submission is entirely a matter of negotiation between the contractor and subcontractor. The concern among OGMA members is that this “negotiation” occurs on a highly unequal playing field and there is little to stop contractors from insisting on very onerous terms, perhaps even requiring that no invoices be submitted until after work is completed – leaving subcontractors in the position of effectively financing their portion of the project. Having consulted in the drafting of the recommendations, the PPO apparently feels its job is done and has advised the OGMA it will have to approach the government directly with any further concerns, which the association is doing. Cairo summed up the recommendations as “a good starting point.” For more comprehensive reaction to the recommendations, see Frank Fulton’s You Bet Your Glass column in the June and August editions of Glass Canada.

Cairo reminded everyone to mark their calendars for the OGMA fishing derby, coming Aug. 10. He also reminded the group of its affiliation with the Canadian Glass Association, where Cairo is treasurer. He invited members to Glass Connections in Burnaby, B.C. on June 7 and 8, and called for volunteers to participate in a monthly conference call representing the OGMA with the CGA.

Before the dinner, Cairo requested a moment of silence in the room to remember some recently departed friends of the industry. Dennis Haatvedt, executive director of the AGMCA, passed away from brain cancer in March. Also, Al Jones of Parkway Glass lost both his wife, Barbara, and daughter-in-law, Sandra Beaudette.

Steve Ringler of Oakville Glass presented the $500 OGMA spring bursary award to Josh Williams, an apprentice glazier training at the Ontario Industrial and Finishing Skill Centre. Ringler read out a testimonial from Williams’ instructor, Steve Laird, which said his marks have been “almost perfect” and described him as having a talent for “making it right” and projecting a positive attitude. Williams works at Regional Glass and Mirror in Welland, Ont.