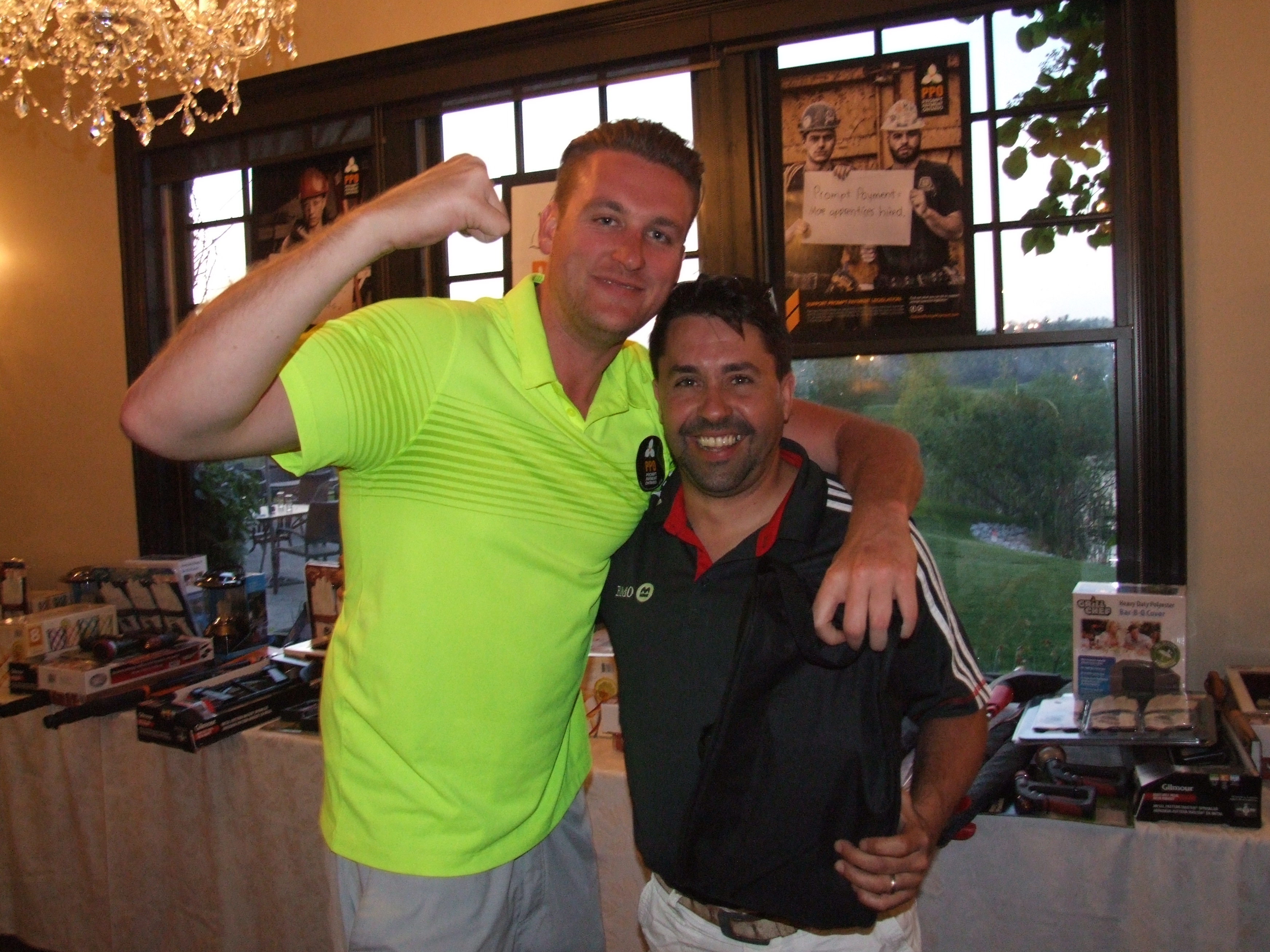 The Ontario Glass and Metal Association held its spring golf tournament May 26 at Piper’s Heath in Milton, Ont. The weather did its best to interrupt the day, but golfers got in most of a round under sunny skies following a delay while a thunderstorm passed through. Kudos to the grounds crew at Piper’s Heath – the course remained in good condition and well-drained despite two hours of heavy rain. The tournament hosted 114 golfers with about 20 more people joining the event for dinner.

Prizes were available for closest-to-pin and long drive on many holes thanks to great support from many sponsors.

An excellent banquet followed the golf, with OGMA director, Ennio Rea, and president, Angelo Cairo, teaming up to MC the speeches and award presentations. Official business included presentation of the OGMA’s annual $500 education bursary to Mike Vanhoist, an apprentice glazier with TRB. Cairo explained that Vanhoist entered the industry with Metroplolis Glass at the New Oakville Hospital in October, 2014. He transitioned to CGI on the same site in May, 2015. He is currently employed with TRB and has been since August, 2015, and is working on the L.R. Wilson Hall at McMaster University. He was recently promoted to foreman on this project. Before entering the glass trade, Vanhoist completed his Civil Engineering degree at the University of Waterloo in May, 2010, and worked for five years as a site superintendent for PCL Construction.

The big event of the evening was Ennio Rea’s presentation of the OGMA Lifetime Achievement Award to Dolores Primo, making her the first woman ever to receive the award. This was fitting, as Primo is widely acknowledged as the first female sales representative in the Ontario architectural glass industry, overcoming many challenges as she began her outside sales career in 1981. For more on Primo’s remarkable career, see our full story here.