The Rideau Registry residences, solely owned by CF, represents the company’s first major investment in a residential rental development in Canada. With work beginning this fall, today’s announcement reflects CF’s strategy of expansion and diversification of its Canadian property portfolio through densification of its existing mixed-use assets. 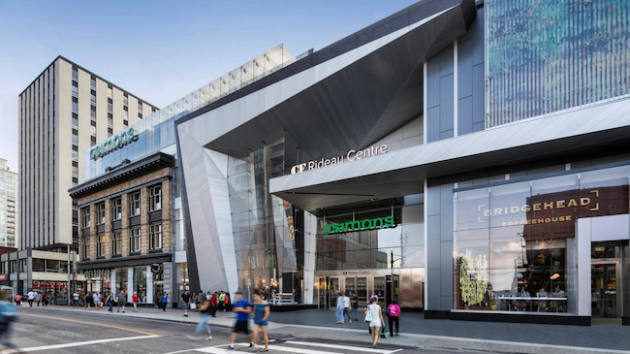 In addition to its thoughtfully designed rental apartments and extensive amenities, the project will also feature the transformation of Ottawa’s historic Registry Office into a modern café-bistro, significant public realm improvements, and an enhanced entrance to the shopping centre. The building will be seamlessly connected to CF Rideau Centre, providing unparalleled access to shopping, dining and entertainment, as well as direct access to several of the city’s public transit options, including the O Train.

“CF’s Rideau Registry residences will offer a rental product that is unique and will stand out as Ottawa’s most-sought after address through innovative design and suite layouts, extensive amenities and professional management,” said Wayne Barwise, Executive Vice President, Development, Cadillac Fairview. “But just as importantly, we’re proud to continue contributing to the creation of a vibrant and connected community in downtown Ottawa.”

The introduction of the rental residences at CF Rideau Centre is the next phase of an ambitious redevelopment program that began seven years ago, when CF invested $360 million to transform and revitalize the property, which included a four-level expansion, a new dining hall and a complete facelift including a range of enhancements and upgrades, new public art and a rebuilt pedestrian bridge over Rideau Street.

The redevelopment also introduced a new wing which incorporated the historic Ogilvy Building. The preservation and integration of the historic Registry Office building as part of the new residences similarly presents an exciting opportunity to celebrate this historic building by featuring it as an important part of the residential project.

“CF is pleased that the historic Registry Office will be given new life and purpose as a prominent feature of the Rideau Registry residences,” said Mr. Barwise. “We are proud to have incorporated the Registry Office into the design of the new residential tower, thoughtfully integrating this historic gem with leading-edge architecture to create a beautiful new building that is sure to become a highlight of the Ottawaskyline.”