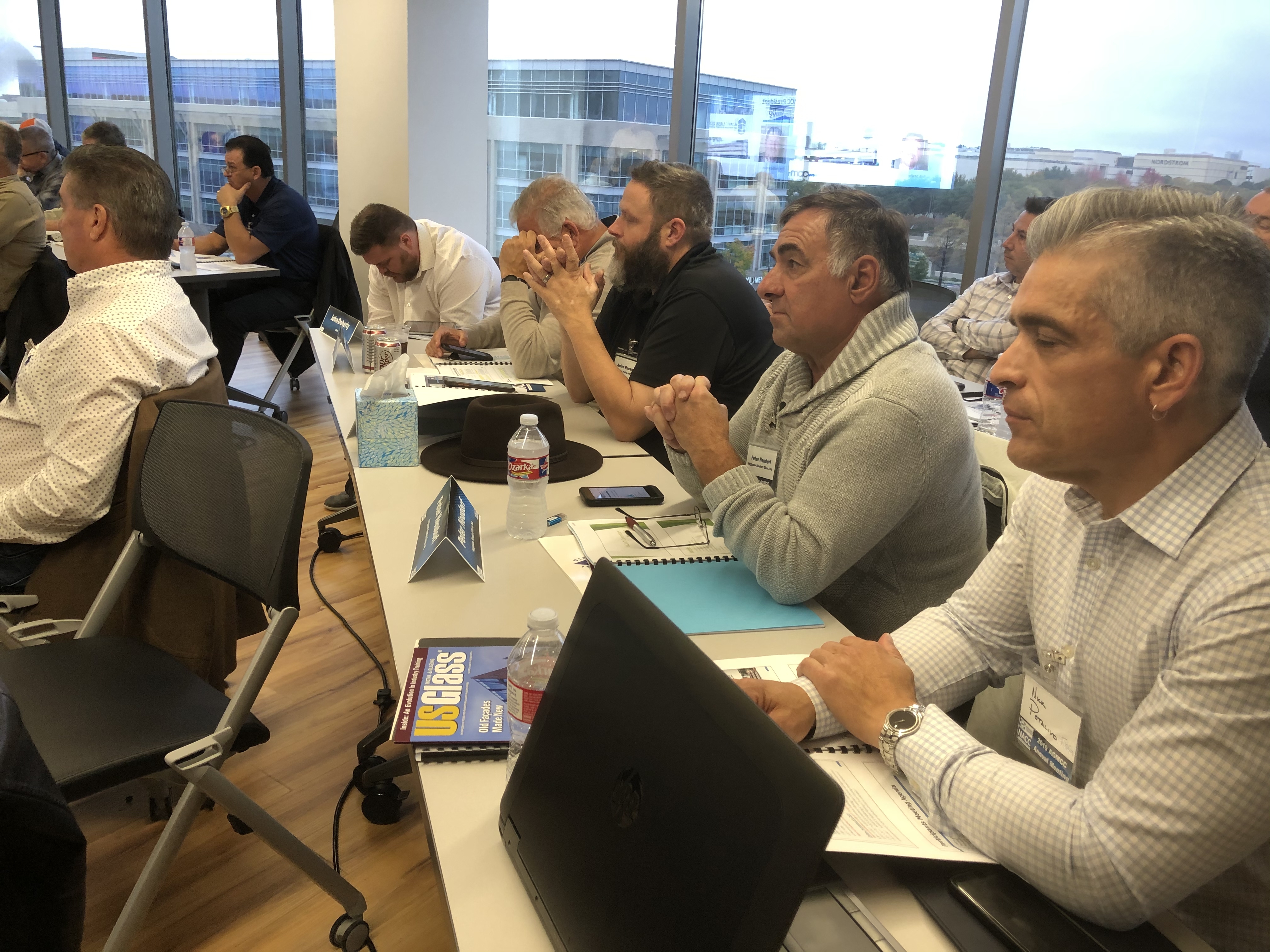 The Architectural Glass and Metal Certification Council held its annual meeting in Dallas, Texas, Nov. 7 and 8, welcoming about 50 glazing contractors, consultants, suppliers and union representatives to the offices of Curtainwall Design Consulting. The group held committee meetings to chart a path forward for the North American Contractor Certification and Architectural Glass and Metal Technician programs.

AGMCC president Jim Stathopoulos of Ajay Glass and AMS president, John Kent, welcomed the group and gave an overview of where the organization is positioned. The NACC now has 26 certified glazing companies in North America with 19 in some stage of applying for membership. The AGMT program has certified 211 glaziers. Key milestones since the last meeting included getting NACC/AGMT listed in MasterSpec and achieving 501(c)(3) status with the American IRS. Kent made the important point that 501(c)(3) is different from 501(c)(6), in that (3) recogizes an organization that provides a general public benefit, while (6)  designates organizations providing a benefit to an industry. This means AGMCC carries the same designation in American law as a charity and is tax-exempt.

AGMCC executive director Jeff Dalaba ran the participants’ meeting, likening the stage of progress the programs are at to an aircraft on liftoff. “It takes a lot of power to get moving at the start,” he said. “I think we’re in that phase where we are lifting off the ground but still need a lot of thrust to keep going.”

Dalaba expressed his satisfaction with the progress so far, noting a resurgence in interest in the NACC following a slowdown a couple years ago. But the big success has been on the AGMT side, with 257 glaziers taking the test in its first year of existence. The launch of that program, which certifies experienced individual glaziers as meeting the basic requirements to install curtainwall and storefront systems, has exceeded all expectations by hitting ideal pass/fail numbers (65 per cent pass the first time, 82 per cent on retesting) and drawing rave reviews from participants including an incredible 100 per cent saying they would recommend the program to other glaziers (that includes the ones that failed the test!). A a “sunrise” event where the first cohort of glaziers received their certifications, some of them were in tears. “NACC contractors are telling us they are seeing a different way to do business,” Dalaba reported. “And when you look at the faces of the AGMT certificate recipients, you can see the pride. There’s no question these programs are making a difference in people’s lives.”

Getting included in the MasterSpec requirements for installer qualifications was seen as a big step forward in raising awareness of the programs. The default MasterSpec specification under section 088000 – Glazing Installer Qualifications section 1.8 B reads “Installer qualifications: A qualified glazing contractor for this project who is certified under the North American Contractor Certification program (NACC) for Architectural Glass and Metal contractors [and who employs glazing technicians certified under the Architectural Glass and Metal Technicians certification program].