News
There they go again – US re-establishes aluminum tariffs, Canada to retaliate 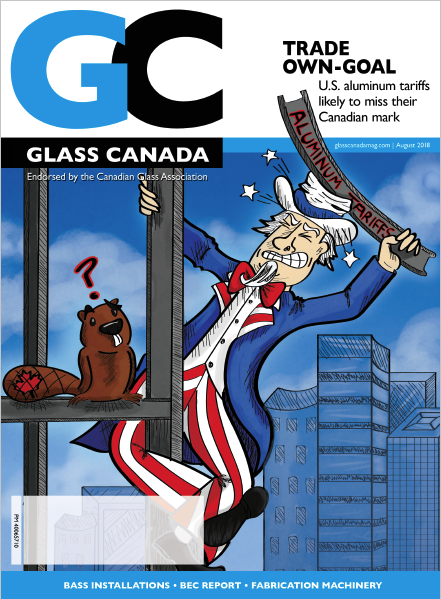 Trump announced Thursday the U.S. plans to put a 10 percent tariff on Canadian aluminum ingots entering the U.S., effective Aug. 16. In response, Ottawa is threatening $3.6 billion in retaliatory tariffs on American aluminum goods entering Canada. “Aluminum doors, windows and their frames and thresholds for doors” are on the list of potential products targeted for tariffs, and were part of the retaliatory tariffs Ottawa imposed in 2018 in response to the U.S.’s 25 percent tariff at the time.

Here is analysis from Augustine Lo, an export attorney:

Augustine Lo is an attorney at the international law firm  Dorsey & Whitney who assists clients with U.S. export control matters under the International Traffic in Arms Regulations (ITAR) and the Export Administration Regulations (EAR) and the various sanctions programs administered by the Office of Foreign Assets Control (OFAC). He has also worked extensively on government enforcement actions, U.S. customs compliance matters, and commercial litigation matters. Of the news he says,

“The Presidential Proclamation this Thursday affects only imports of unwrought, unalloyed aluminum from Canada – which are primary products made from raw bauxite, which are used to fabricate downstream aluminum products.  While seemingly narrow, this class of goods actually constitutes the largest share of Canadian aluminum exports to the United States.  Assuming this 10% tariff proceeds, it could significantly impact the aluminum market, from competing U.S. producers of primary aluminum, to producers of secondary aluminum from recycled goods that could compete with imported primary aluminum, and to downstream users of aluminum across all industries.  While Canada is unlikely to unravel the USMCA over this turn of events given its voluminous other exports to the United States, Canada may be tempted to impose retaliatory tariffs as allowed under the May 2019 tariff truce,” Lo says.

“On Thursday, August 6, 2020, President Trump issued a proclamation that added another twist to the long-standing trade dispute with Canada over its aluminum exports to the United States.  Citing a 87% surge in imports of primary aluminum from Canada since a tariff truce announced in May 2019, the Trump administration is re-imposing a 10% tariff on these imports, effective August 16, 2020.  This re-imposition of tariffs is happening despite the recent entry into force of the U.S.-Mexico-Canada Agreement (“USMCA”) in July 2020, thus demonstrating the apparently intractable nature of the cross-border aluminum dispute,” Lo says.

“Despite this tit-for-tat mutual imposition of tariffs, the three countries nevertheless signed the new USMCA in November 2018 to replace NAFTA.  To facilitate USMCA’s ratification by their national legislatures, the three countries declared a tariff truce in May 2019.  The Trump administration once again exempted Canadian and Mexican aluminum from the Section 232 tariffs, while Canada and Mexico rescinded their retaliatory tariffs against U.S. products.  The Trump administration also agreed not to re-impose Section 232 tariffs unless there was a surge of Canadian and Mexican imports beyond historic levels, and negotiations to address that surge are unsuccessful.  This truce paved the way for the USMCA’s entry into force on July 1, 2020,” Lo says.

As in 2018, these measures will do more to hurt Americans than Canadians, both in the form of increased prices to their manufacturers for aluminum and restricted access to the Canadian market. Glass Canada explained this in our August 2018 cover story.