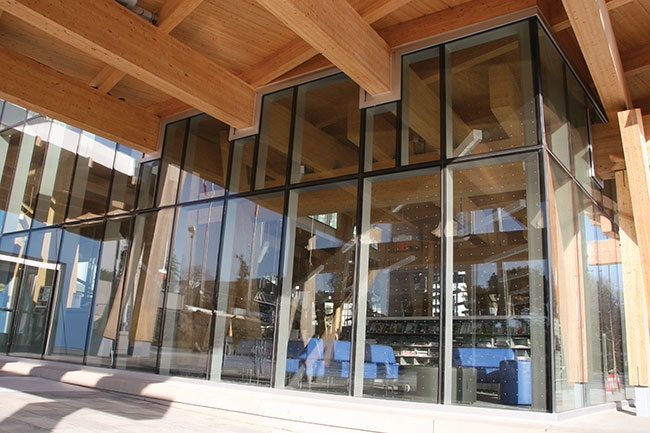 It’s impossible to name a bigger economic story in Canada right now than the tariff war that’s been started by U.S. president, Donald Trump. In mid-2018, he followed through on plans to charge Canadian firms tariffs of 25 per cent on steel and 10 per cent on aluminum that crosses the border.

Trump says he imposed the tariffs because he believes his country is being treated unfairly in various ways relating to trade, and because he believes the tariffs will help protect American jobs and boost the U.S. economy. He’s also listed national security concerns over relying on foreign metal materials for shipbuilding and so on.

Experts put the estimated impact to the Canadian economy at over $3 billion USD a year. On July 1, Prime Minister Trudeau instigated dollar-for-dollar counter-tariffs on many types of U.S. goods entering the Canadian market.

Riyaz Dattu notes that although they are quite new, the U.S. tariffs have already caused much economic confusion. “There is also confusion about the effect of this situation on NAFTA,” notes the partner at Osler, Hoskin and Harcourt law firm (five offices in Canada and one in New York) who specializes in international trade and investment law. “The U.S. is using these tariffs against Canada as a means to provide leverage for the U.S. to gain more friendly terms under NAFTA and it’s put the negotiations process into disarray.” Dattu says it’s hard to tell how long this will continue, as the U.S. has indicated that as long as Canada doesn’t agree to some points in the NAFTA negotiations (for example, Canada doesn’t want a sunset clause which would entail a review every five years, and wants to keep Chapter 19 dispute resolution by an international panel), the tariffs will continue. “It could be as long as next year,” he says.

Similarly, Michael McCaig (senior vice president and general manager at Alumicor) believes these tariffs are here to stay until at least the end of 2018. Alumicor manufactures curtainwall, storefront and windows at facilities across Canada. Its parent company is American and while Alumicor does export a few specialty products into the U.S. market, it’s a small portion of its total sales. “President Trump has already publicly linked any revisiting of the tariffs to NAFTA negotiations and has indicated there would be no deal until after the interim U.S. elections in November,” he explains. “I think it is difficult for anyone to say how long the tariffs will be in place because Washington has associated so many different reasons for implementing and keeping the tariffs in place.”

The impact of the steel and aluminum tariffs on glass industry firms who buy their systems from U.S. suppliers is, first and foremost, increased prices, according to Andreas Schotter, associate professor at the Ivey Business School of Western University in London, Ont. “There are higher prices, but construction must still go on,” he reports. “American manufacturers have already jacked up their prices, and construction becomes more expensive and substitutes will be used in the window and door industry where possible, like wood or vinyl. Projects may be delayed due to the uncertainty.” Schotter adds that in commercial construction, for contracts that have already been signed, the main contractor will get squeezed due to the higher prices of materials and they will consequently likely squeeze contractors farther down. Residential contractors are in a better position, he notes, as there’s a smaller dollar impact and project lead times are much shorter and therefore much fewer contracts are affected.

Competition Glass in Kelowna, B.C., purchases aluminum products from the U.S., but owner David Langton (who is also president of the Canadian Glass Association) says he had not, as of the last week of June, received any price increase notices.

Prices and consequences
Before the tariffs came into effect, the price of raw aluminum in Canada had already increased since January to the tune of nearly 25 per cent. McCaig says there are several political and economic reasons for the increase, including the U.S.-announced sanctions impacting Russia’s largest aluminum company. This created concerns over physical supply that caused prices to spike in April. There have also been supply shortages due to operational issues at several aluminum producers, he says. Additionally, U.S.-sourced aluminum extrusions have gone up more than Canadian aluminum extrusions due to the weakening of the Canadian dollar over the past few months.

“We expect that aluminum price itself will go up a few more percentage points, but the market has been anticipating this action for several months and we believe the bulk of the increase has already been built into the midwest transaction premium,” notes McCaig. “Aluminum imported into Canada now faces an additional 10 per cent tariff so imported aluminum from the U.S.A. will be subject to this tariff. Fortunately, Canada has a robust domestic aluminum industry, so sourcing from Canada will mitigate the counter-tariffs announced by Canada effective July 1 on U.S.- imported aluminum.”

Dattu notes that price increases have caused some Canadian firms to change their source of supply from U.S. to Canada and other countries – and Alumicor is one of them. McCaig confirms that his team is actively investigating sourcing activities. “We are planning to move a significant volume of orders from U.S. companies to Canadian companies,” he reports, “solely based on the potential financial impact of continuing to buy from the U.S.”

Leverage going forward
Canada outcompetes all other nations in supplying steel and aluminum to the U.S.A. Canada exports almost all (almost 90 per cent) of our steel to the U.S., and we export about 85 per cent of the aluminum we produce, which makes up about two thirds of America’s aluminum imports.

In Dattu’s view, Canada therefore does have some leverage with the aluminum we sell across the border, and McCaig agrees. “Canada exports about five times the amount of aluminum to the U.S. as it imports from the U.S.,” McCaig notes. “The U.S. does not have the capacity to support its aluminum requirements and relies on countries like Canada to meet its demand. There is no way to quickly ramp up U.S. aluminum manufacturing and Canada has very cost-effective capacity.” McCaig therefore believes the situation will be resolved in the near future, given that it makes sound economic sense for both countries.

He believes that given the significant impact this has on our companies, industry and the economy as a whole, he would obviously like to see the tariffs on both sides eliminated altogether. “The value of the tariffs, both as a percentage and dollar value, is so significant that some experts are saying both Canada and the U.S. could be pushed into financial turmoil, especially if things escalate further,” he observes. “Tariffs between the two countries will only result in higher prices for citizens of both countries.” McCaig expects that once the political climate shifts after the November 2018 mid-term elections and the NAFTA negotiations are over the majority of these tariffs will be eliminated. “However, given the uncertainty associated with the current U.S. administration,” he notes, “the outcome and timing of any resolution is very difficult to predict.”

Schotter expresses worry that the tariff situation will not be remedied through the actions taken by the World Trade Organization. “I’m concerned the WTO has no teeth,” he says. “It has made strong statements, but Trump doesn’t care. I think the right path is to lobby hard behind the scenes with U.S. interests that do not want these tariffs. And that’s being done. We should not retaliate as we are way too small and dependent on the U.S. in terms of trade.” McCaig points out another concern related to the retaliation: there are presently no U.S. tariffs on Canadian aluminum windows and doors being sold into the U.S. market, but U.S. windows and doors are included in the retaliatory Canadian tariffs. He wonders if the U.S. will take action to even up that score.

For his part, Langton believes “this may be a summer storm. But when major U.S. firms announce they are moving their production facilities offshore, it seems to me that the process is somewhat misguided. The proof will be in the pudding, won’t it? I’m sure as the summer progresses, NAFTA and other agreements will either ‘blow up’ or proceed. Hopefully cooler heads will prevail on all of this.”