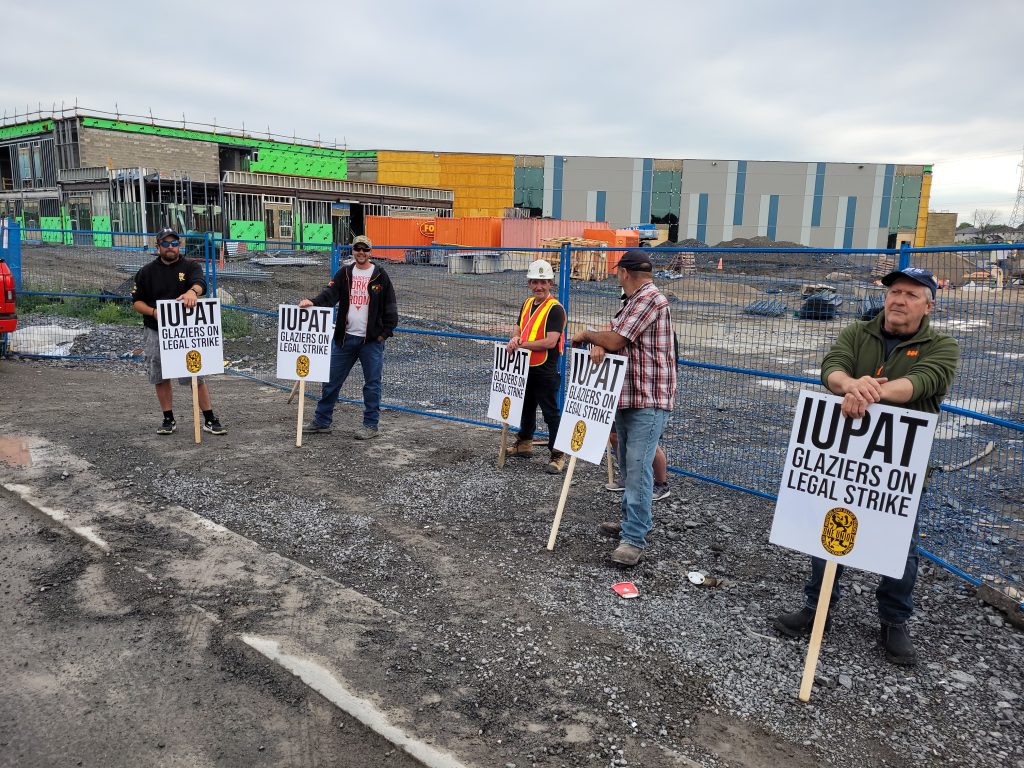 On the line in Kingston. Photo by Joe O'Shea

The International Union of Painters and Allied Trades (IUPAT) and the Architectural Glass and Metal Contractors Association (AGMCA) reached an agreement on a new contract for unionized glaziers working under the Ontario Provincial ICI Construction Collective Agreement on June 29, ending a strike that began on June 13.

The AGMCA posted the following summary of the new agreement on its website:

Subject to conditions, the following are a few negotiated changes to the Agreement:

IUPAT noted the vote was 73 percent in favour of acceptance.