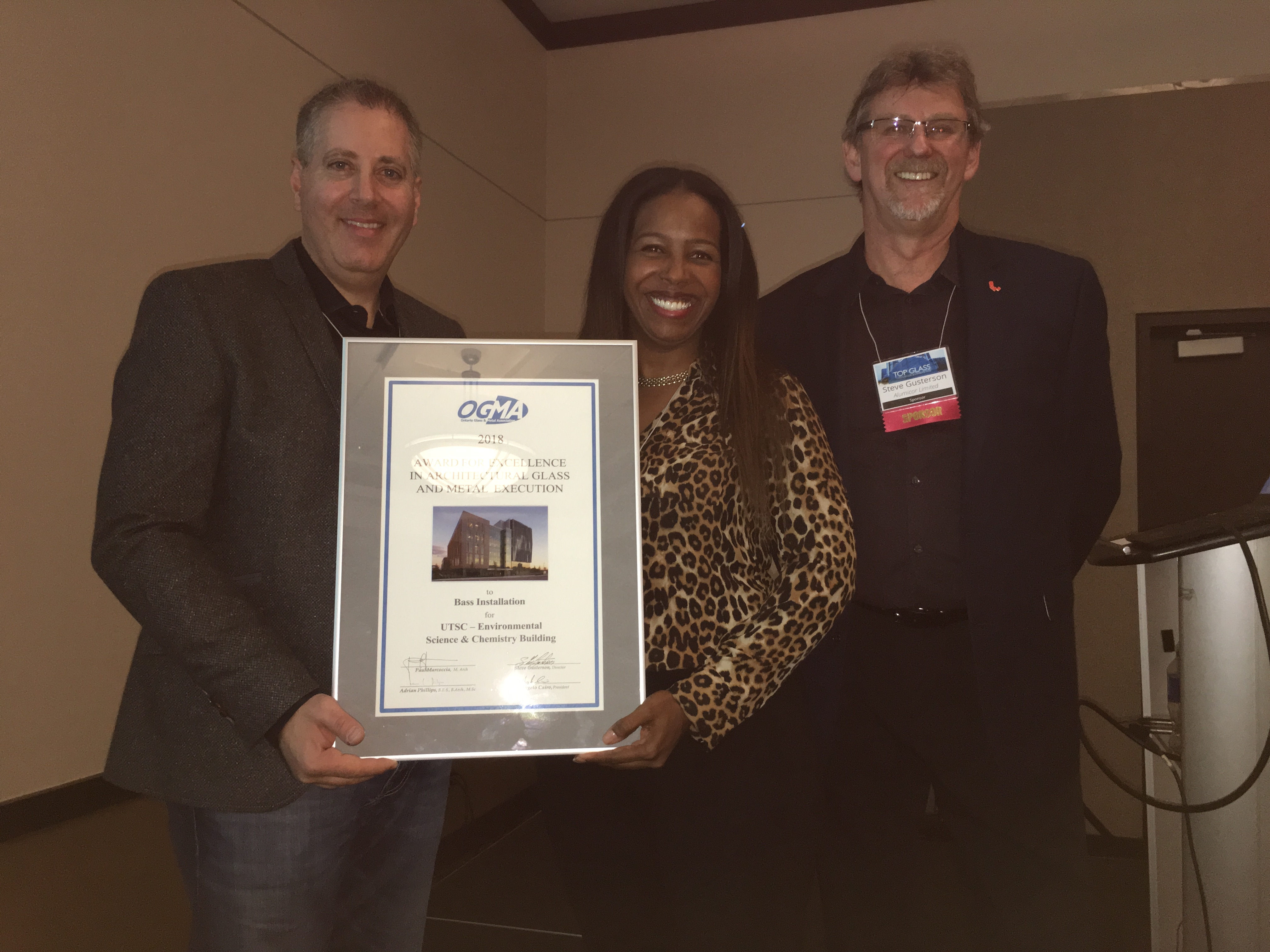 The Awards for Excellence are annual awards that recognize excellence in the design and execution of a building that incorporates the use of architectural glass and metal. One award will be presented in each category (DESIGN and EXECUTION).

The awards competition opens in January of each year. Any member of the OGMA in good standing may submit as many nominations as they wish. Projects nominated will be reviewed by a panel of judges consisting of one OGMA Director and two practicing architects.

The following criteria must be met in order for a project to be considered in either category:

Projects nominated need not be large; nominations can be made for portions of a project.

Judging of the Awards

Nominations will be judged upon:

The architectural firm and glazing contractor selected to receive an award will be notified on March 30, 2019.

The awards will be presented at the Top Glass Conference on April 17, 2019. Award recipients are encouraged to attend the show to receive their award and to present the highlights of the winning nominations to show attendees.