Experts weigh in on effective strategies for signing new talent 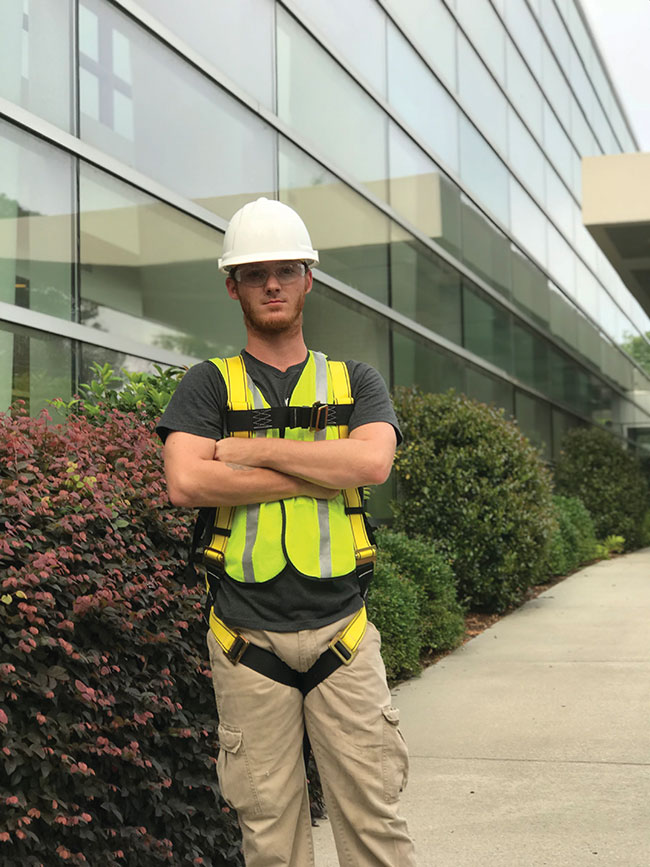 It’s time to stop complaining about the difficulty of finding new workers and to actually do something about it. Failure is not an option – the future of our businesses depends on it.

It could be argued that part of the ongoing labour crisis is a generational issue. Family businesses are not finding successors because their kids are going off to other areas. Julia Schimmelpenningh of Eastman Chemical didn’t hold back in her 2017 State of the Industry address to Building Enevelope Conference attendees. “There is a well-known saying that once you’re in the glass industry for five years, you are in it for life. Well, guess what? The new workforce does not subscribe to that. They essentially say, ‘Uh-huh, I’ll be out of here in three years.’” Combine this with the failure of educational institutions to turn out skilled workers and you have the recipe for a crisis in labour supply that is already choking growth in this industry across Canada.

Instead of whining, let’s look at some ideas for what to do.

1. Concentrate on culture
According to Tom Jackson of Seattle-based SteelEncounters, 95 per cent of job candidates believe culture is more important than compensation. In order to connect with Millennials, he turned to his smart phone. SteelEncounters launched a cutting-edge employee app with everything a worker might want to know, including jobsite locations, an employee directory, company news, HR benefits, payroll information, health and wellness data and even their company store for apparel and swag. Did this alone cause even one employee to stay who otherwise would have left? Impossible to say. But the cumulative effect of efforts like this in your business communicates to younger workers that they are valued and that you are operating on their level. It’s about trust.

2. Look outside the box
Matt Day, president of Glaziers on Demand, a U.S. subcontracting service, heard the call for skilled labour and answered. Day took a different approach to locating workers, which has enabled him to give young adults a new opportunity, provide desperately needed skilled labour to sub-contractors and pursue his faith with integrity.

“Randy Clem is one of the most dependable, hardworking, family men we have,” explains Day. According to Day, Clem got into trouble with the law at a young age and had severe legal consequences. “He has a heart of gold and has done everything someone can possibly do to get his life back on track.”

As a faith-based company, one of the goals of Glaziers on Demand is to help homeless veterans, convicted felons and people struggling with addictions. At one of its early job fairs, Clem stood out. His past criminal history made it tough for him to get a decent job so he could provide for his family. Clem saw this as an opportunity and simply outworked the other recruits. “He outscored them on their tests but never once left them hanging. His leadership capabilities are off the charts,” says Day. Dignity and self-esteem can be powerful motivators and Day has found a way to connect the dots. “Randy wants his life to mean something. He wants it to have value. With glazing, he has a respectable career that is cool in his friends’ eyes. Smashing car windows was Clem’s past, however installing glass is his future. This man works for a living.”

Outside the box can also mean outside the borders. In 2020, Canada is expecting to welcome over 341,000 immigrants into the country. Fifty-seven per cent of those immigrants will arrive as skilled workers. “A lot of them are working age and have building envelope knowledge, which is important for glazing,” says Kael Campbell, president of Red Seal Recruiting Solutions. “We feature new Canadians in our marketing and social media and do our best to be where they will see us. It helps with recruiting if people know there may be others like them and understand where they come from. It really attracts them. It takes a community to attract a community.”

Company culture is frequently cited by younger workers as a main factor in deciding where to work and stay. Embracing modern technology often sends them the right message.

Do these guys look like they enjoy their jobs? What a lot of young people don’t understand is how fun, fulfilling and lucrative a career in glazing can be. We need to explain the trade better, and to get education institutions on board.

Randy Clem had some scrapes with the law when he was younger. Today, he’s a success story because Glaziers On Demand took a chance on him.

3. Explain the trade
Day remembers when Glaziers on Demand was having a devastating time attracting a younger workforce. “We tried Department of Labor Offices, high schools and job fairs,” he says. “You name it, we tried it. Then one day we asked ourselves, ‘What would attract young adults in the 18 to 24 year-old range to Glaziers on Demand?’ And the answer was simple: market our trade accurately.”

In the spring of 2018, Day decided to go bold. “We placed a ton of Facebook and Craigslist ads and used deliberate language to attract the correct people: get paid while being trained, no student loans, respect from peers, travel while earning a per diem and take home as much as an accountant or nurse to save for a house down-payment.”

It worked. Clem and eight other young men signed up and assembled for the Glazier on Demand Boot Camp. Held at a former Georgian plantation, the first Glazier Academy took place in May, 2018. “My first thought was, ‘What have we gotten ourselves into,’” says Day. It cost Day $20,000 to produce. Only four men graduated from it. Of those four graduates, only one made it more than a month in the field (Clem).

With such a low success rate, Glazier Academy nearly ended before it got a chance to take off. But because one man perservered, Day was able to make back the $20,000 investment and clear another $15,000 his first year. “Today, because of Mr. Clem we have enrolled over 250 in Glazier Academy alone. That’s a lot of families that have been changed. That’s a lot of young adults that have been inspired.”

“We need to explain to young people what a glazier is,” says Day. “The industry needs to share the stories about the Randy Clems of our world. Glazing is the trade of titans. Everyone admires our work but still thinks a glazier makes doughnuts. Glaziers are the artisans of artisans, who belong to an ancient trade that changes the way people see the world. We are the builders of modern day pyramids.”

4. Be profesional
“One important step in attracting prospective candidates to the field is for the industry to recognize the glazier trade as a professional skill,” says Jeff Dalaba, program manager for the Architectural Glass and Metal Certification Council. “Many other construction trades have adopted certification or licensing as a means of recognizing the knowledge skills and abilities required to safely and effectively perform,” says Dalaba. The glazing industry has been slow to adopt a universal standard for the glazier body of knowledge and recognition of glaziers that meet acceptable standards.

“The Architectural Glass and Metal Technician Certification for North America (AGMT) is the first to up the game for glaziers by providing glazier certification,” says Dalaba. AGMT is a personnel certification program that features an independent third-party assessment. The program earned ANSI accreditation in March 2019 and recognized its first certified glaziers in July 2019.

To gain certification glaziers must demonstrate a prerequisite 7,500 hours of glazing experience within five years. The intensive certification then tests their ability to perform fundamental glazing procedures and to be proficient in all areas of glazing such as storefront, curtain wall, safety, sealing and more. The testing is both hands-on and written and covers the glazier’s abilities in seven key categories. “The program yields benefits not only to the glaziers becoming certified but also to the entire construction process,” says Dalaba.

While still in its first year of operation, AMGT has already certified 259 glaziers. Administrative Management Systems (AMS, Inc.) conducts the independent testing and is a leader in the glass and fenestration industry for program certification and product compliance testing. The AGMT program has already gained industry acceptance and is referenced in MasterSpec’s updated Division 8 specifications. MasterSpec, an architectural specification system, includes AGMT certification as a requirement for “installer qualifications” within the sub-section titled “Quality Assurance.”

Pride shines from the faces of glaziers receiving their AGMT certification. Young people are much more interested in a trade when they know it comes with a recognized industry certification they can show to their peers and any prospective employer.

5. Find friends of friends
“Based on our experience and backed by scientific studies, the top method for attracting new glaziers has always been the employee referral program,” Campbell reports. “There is a study out of the University of Toronto that measured approximately 100,000 hires and found that you get better, safer and more profitable hires if you are using employee referrals.” The study, “The value of hiring through employee referrals in developed countries,” by Mitchell Hoffman at the University of Toronto Rotman School of Management, found that although it is possible for referral programs to be a disadvantage to women and minorities as well as to increase costs to firms through higher wages, also found that employees that are hired via referrals have lower turnover relative to non-referred employees. The study also claims that referred employees are more productive and incur lower recruiting costs than non-referred employees. The research found that when firms hire referred employees, their workforce becomes more likeminded. Hoffman states that this can be a positive if workers share values or characteristics that are desirable, however it can also be a drawback as it promotes less diverse opinions and ideas.

“We ask our glaziers and apprentices who would be a good fit for the job,” says Campbell. “The incentive could be a bonus to your current employee. Or it just could be recognition. Some people really need the cash bonus but for others, credit card travel points for a weekend away as reward for referring someone great can work just as well. You don’t have to spend a lot of money.”

With unemployment historically low and young people more picky than ever about their careers, it’s time for our industry to look at new approaches to attracting and retaining labour. The good news is the glazing trade has an incredible amount to offer anyone with the right set of talents and inclinations.•