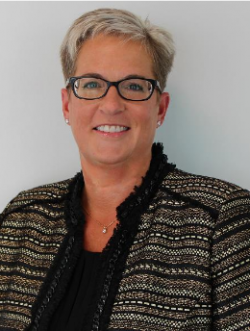 The Association of Consulting Engineering Companies – Canada (ACEC) is pleased to announce that Sylvia Jungkind, CIP, CRM of WSP Canada Inc. is the recipient of the 2020 ACEC Chair’s Award. Ms. Jungkind was selected for this year’s award in recognition of her years of service on ACEC’s Business Practices Advisory Committee, formerly ACEC’s Contracts Committee. She has also represented ACEC on the Canadian Construction Documents Committee (CCDC) for over 8 years. She is also a member of the CCDC Surety Sub-Committee, Chair of the CCDC Insurance Sub-Committee, and since November 2016, the CCDC Vice-Chair. During her time on CCDC, she has played an important role in contributing to the development and adoption of CCDC Document 31: Service Contract Between Owner and Consultant to be released in December 2020. Endorsed by organizations representing owners and contractors as well as designers, CCDC31 will be a fair and balanced agreement for consulting engineering firms; it will be available from the CCDC suit of contract documents that are widely used across Canada.

This award is presented each year by the outgoing ACEC Chair to an individual, individuals or organizations who have made an important difference to the consulting engineering industry. This year’s outgoing Chair, Lawrence Lukey, P.Eng., announced the award during ACEC’s virtual annual general meeting of members on October 27, 2020. “This is an opportunity to recognize long and dedicated service to the consulting engineering sector” said Mr. Lukey, “As the president of a small firm, I know how ACEC members – and their clients for that matter – benefit from standardized forms of agreement that are clear and fair to all parties.” ACEC President and CEO, John Gamble, P.Eng., noted that “many of the bulletins and advisories issued by ACEC over the years have benefitted from Sylvia’s experience and advice.”

Ms. Jungkind joined Focus Corporation, a geomatics and engineering consulting firm, in 1994 in an administrative role. After developing an interest in risk management and insurance, she obtained the Canadian Risk Management designation in 2004 followed by the Chartered Insurance Professional designation in 2006. Her position evolved to managing the insurance program, professional liability claims and contract review and negotiation. In 2014, WSP Canada Inc. acquired Focus and Ms. Jungkind joined the WSP Legal Affairs and Risk Management team providing insurance advice, and reviewing and negotiating contracts for a wider array of engineering disciplines across Canada. She enjoys speaking to engineering professionals about the differences in insurance coverages essential to engineering services and about the risks associated with client contracts.

On behalf of the member firms, the ACEC Board of Directors, and the ACEC staff, Mr. Lukey is proud to present to 2020 ACEC Chair’s Award to Sylvia Jungkind.