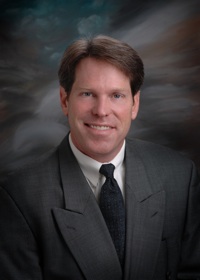 Slaybaugh has been with the company in an executive role for the past five years, during which DFI has achieved a compound annual growth rate in sales of over 16 percent. Since joining DFI, he has been responsible for DFI operations and domestic sales efforts, successfully restructuring the sales and support team and redesigning operations to improve process quality, efficiency and scalability. Despite the tough global economic conditions, DFI continues to experience sustained growth, both domestically and internationally, due in large part to the successful management by the entire DFI executive team, which includes Slaybaugh.

"With his solid leadership skills and ability to tackle and resolve problems across a wide spectrum of functional areas, Russ has been instrumental in much of the progress our company has experienced domestically over the past several years," explained Zax. "As an organization, we believe in promoting from within when well-deserved and we are pleased to see the success and commitment Russ displays daily for our team."

"As the increasing adoption rate of our products in our core industries attest, we have achieved our goal of educating the business owners and managers.  Now we need to help those business partners by leading the education of the consumer and their intermediaries such as architects, designers and facility managers," explained Slaybaugh.  "In addition, we will continue to press our competitive advantages in new markets where they've yet to experience the benefits of DFI's award-winning protective coatings and restoration products."

Prior to joining DFI, Slaybaugh developed and managed strategies, products and territories for Fortune 500 companies including Gateway and Mitsubishi Digital Electronics America (MDEA).  At Gateway, Slaybaugh conceived and managed the development and launch of several industry-first services.  As Manager of Strategic Planning for MDEA, he served on the management team that charted the company's sales and marketing strategy, including the launch of the industry's first HDTV product in the US.  Prior to being recruited to MDEA headquarters, Slaybaugh spent six years in the company's Field Sales force, routinely producing sales growth that dramatically outpaced both company and industry rates.