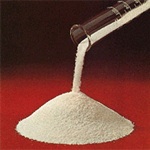 November 5, 2008 – Growth in the soda ash industry continues to be influenced by three
key factors — economy, prices, and supply and demand scenario of
chemicals.

Growth in the soda
ash industry continues to be influenced by three key factors —
economy, prices, and supply and demand scenario of chemicals. Soda ash
consumption can be considered a strong indicator of strength of
economies. This is because demand for soda ash is mainly driven by
glass, an important constituent of the two volatile industries –
automobile manufacture and building industry. Though soda ash
consumption has been relatively flat over the past decade, renewed
demand stems from China and other developing economies of Asia and
Latin America. Demand is mainly being driven by strong demand for float
glass, buoyed by heavy construction activity in these regions.

As stated by the recent report published by Global Industry Analysts, Inc., global demand for soda ash in the chemical industry
is estimated at 10.2 million metric tons in 2008. Soda ash is also used
in water treatment for controlling pH levels, and in the pulp and paper
industries for wood fiber pulping. In the detergent industry, soda ash
is used in dry detergent applications as the prime alkali to make
phosphates and silicates.

In 2007, the worldwide installed soda ash capacity stood at 47.4
million tons with China and the US leading the pack. The industry has
been witnessing extremely high capacity utilization (85-88%) world
over, and the trend is expected to remain same till 2012. The
projection includes 6 million tons of additional capacities scheduled
to come in line by 2010-2011. Consumption of soda ash per person is
expected to register healthy rise in the next few years with china
leading the rankings with nearly 50% rise in consumption from 10.85
kilograms in 2007 to an expected 15.75 kilograms in 2012.

For more details about this research report, please visit
http://www.strategyr.com/Soda_Ash_Market_Report.asp

About Global Industry Analysts, Inc.
Global Industry Analysts, Inc., (GIA)
is a reputed publisher of off-the-shelf market research. Founded in
1987, the company is globally recognized as one of the world's largest
market research publishers. The company employs over 700 people
worldwide and publishes more than 880 full-scale research reports each
year. Additionally, the company also offers a range of over 60,000
smaller research products including company reports, market trend
reports, and industry reports encompassing all major industries
worldwide.