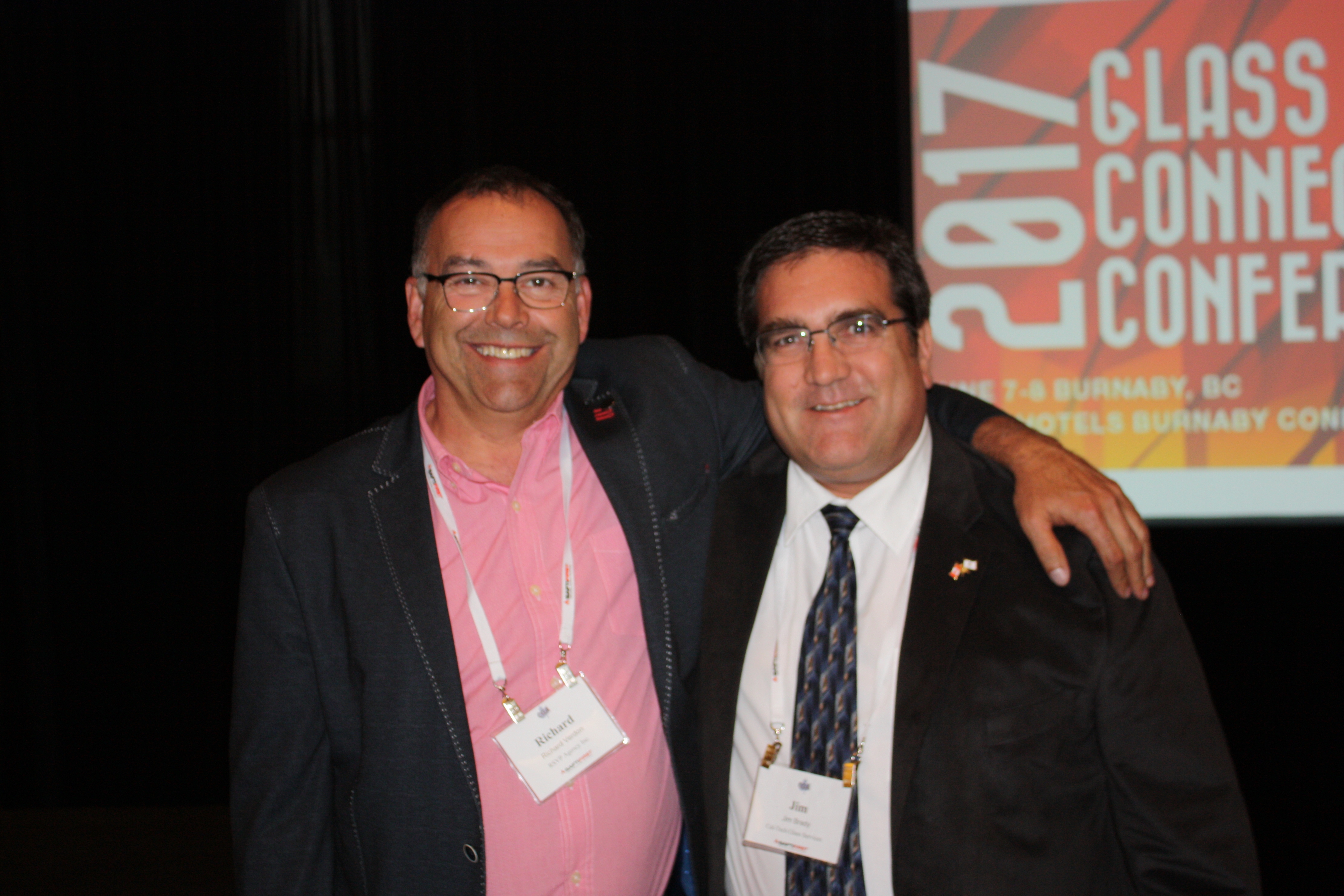 The Canadian Glass Association’s Glass Connections conference hit a home run when it returned to Burnaby, BC in June offering high caliber educational and networking opportunities with local, national and US glazing leaders. The Welcome Reception on June 7th was a success with many sticking around until late singing everything from Sweet Caroline to Sweet Child o’ Mine at the casino’s dueling piano bar.

CGA president Jim Brady wrapped up the conference thanking everyone involved and highlighting some of the many takeaways. “The codes have changed,” said Brady. “The Canadian Glass Association needs to get involved with the code changes so we can get them revised and not rely on other codes.”
“The important thing for people to realize is that while the Canadian General Standards Board withdrew seven glass codes including the code for strength & design, it can still be referenced. Additionally we can also look at the CSA A500-16 for guardrail glass. It’s a new standard and excellent resource that will be implemented in the National Building Code as well as the Provincial building codes.”
Closing off the final Glass Connections of Brady’s multi-year tenure, Jim took time and thanked Richard Verdon of RSVP Agency Inc. for his many years of service to the Canadian glass industry and provided personal insight on what it means to be a leader. “I’ve always lived by the mantra that we have to give back to the associations and the industry that provides for us. You have to feed it so it can feed you. I’ve been doing some type of volunteering since 1999. I’m going to stay on for one more year as past president and then I’m going to let the next generation come forward and let them take this to even greater heights.”

Rich Porayko is a professional writer and founding partner of Construction Creative, a marketing and communications company located in Metro Vancouver, BC. richp@constructioncreative.com