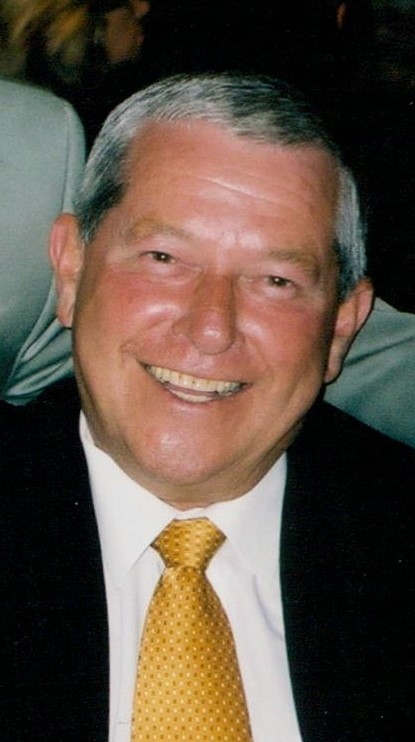 It is with sadness that we share the news of the passing on May 12 of our friend and former royalty of the architectural metal industry in Canada. In our business, occasionally you will come across people who made a real impact on the industry. One of those people was Bernie Leaman of Commercial Aluminum. Bernie was that type of guy you were happy you had the opportunity of meeting. He always greeted people with a smile, was quick to laugh, personable, and fun to talk to….a very charismatic gentleman.

Bernie Leaman started his working life as an office clerk in 1953 at the age of 17 and found his way into the glass and metal business with Millington Brothers Glass in 1955, doing the books, estimating, inside sales, and anything else that needed taking care of in the one man office. That was his start to a long and rewarding career in our industry.

Bernie always had a strong belief in people, their desire to succeed, and a willingness to give them a break. Bernie gave many glaziers their start in business by extending them credit, while making it clear that his trust was not to be taken lightly. “You can’t be in business and stay in business if you are a dishonest person.”

Throughout his time in business, Bernie was a strong supporter of the Metro Toronto Glass Association, the predecessor to the OGMA, and served on its board for eight years as secretary, treasurer, and eventually president. To his final day, he has a plaque hanging in his home office dated June 22, 1977 honoring him as the MTGA “Man of the Hour”, beside the inaugural Lifetime Achievement Award bestowed upon him in 1998 by the OGMA.

When asked about the highlights of his career, Bernie cited all the marvelous relationships and friendships he cultivated with customers and suppliers during his career. “I have no negative memories whatsoever about my time in business … I loved every minute of it.” A few years ago, Bernie told Frank Fulton that “Everything I am today I owe to what I learned during my years spent at Commercial Aluminum”. We’re going to miss you Bernie.

Visitation will be Tuesday May 21stFrom 2-4pm and 6-9pm

A private entombment of his ashes will take place in the near future.

A “Celebration of Life” is being planned. Date and location TBD.