A secret in a bottle 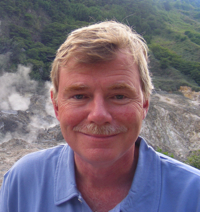 The next major advancement in glazing will soon be coming as the result of an invention by Sir James Dewar in the early 1890’s.

The Scottish scientist needed to find a way to keep his laboratory chemicals cold and came up with the idea of creating a vessel made up of two glass walls separated by a vacuum and coated with silver. Scientists to this day refer to these containers as Dewar flasks, but the rest of the world is more familiar with the Thermos vacuum bottle. Regrettably, for Dewar anyway, he didn’t anticipate the huge commercial market for this amazing invention and never bothered to patent it. So, before moving on to glazing, here’s why this vacuum bottle works so well.

Heat is a kind of energy that moves around the world in three different ways called conduction, convection, and radiation. Conduction happens only when things touch each other. Convection transfers heat by the movement caused between warm and cold temperatures through a liquid or gas. Radiation is transmitted through electromagnetic waves.

Important to note is that there are no particles in a vacuum. Because heat is transferred by particles colliding and transferring energy through conduction and convection, heat is unable to pass through the vacuum chamber of a Thermos bottle. Radiation, however, can travel through a vacuum as proven by the sun heating up the earth on a daily basis by travelling through the vacuum of space. It is for this reason that the glass bottle is coated with a reflective metal surface. When radiation tries to leave the liquid, the reflective lining of the inner chamber reflects it straight back in again. There’s virtually no way heat can escape from or penetrate a vacuum flask.

Guardian Glass and Pilkington Glass have been working for years on bringing the technology behind the Dewar flask to the architectural world in the form of vacuum insulating glass (VIG) and both companies are now promoting this new product. They have developed a method to effectively extract the air from between two pieces of glass to create a vacuum, and as a result are claiming the achievement of R-values ranging from four to 14. Conventional double-glazing achieves values of about two with clear glass and four with low-E and argon gas.

I would have expected better results considering that the creation of the vacuum eliminates the loss of heat through conduction and convection, however compromises have to be made to achieve this vacuum. Because the two pieces of glass have to be joined and sealed around the perimeter, conductive transfer is allowed to happen through the connecting materials. Also, because the glass lites would collapse due to the vacuum and contact each other, low-conductive spacers must be placed between the two lites to keep them apart, which also contributes to some heat flow.

Then there is the issue of radiant heat transfer. Since you wouldn’t be able to see through a totally efficient radiation reflective coating, low-E coatings are used to reduce the amount of radiation passing through the glass. While these coatings do improve the thermal properties of the glazing, they still allow some heat loss.

In spite of the compromises necessary to produce this next generation of glazing, there are still tremendous benefits over the current conventional IG products in the marketplace. One is the overall size of the glazing unit. Because the vacuum gap between the two glass lites can be as small as 0.2 millimeters, the total unit thickness may be only six to eight millimeters.

Also, did you know that sound cannot travel through a vacuum? Sound is a wave and is heard as it spreads through the vibration of particles in the air. As a result, because there are no particles in a vacuum, these new VIG units will be far quieter than a typical IG unit and ideal for sound attenuation projects.

I believe it will not be long until you see vacuum insulating glass specified on projects and it will be up to manufacturers to adapt their products to accommodate the change in glass thicknesses.

Frank Fulton is the president of Fultech Fenestration Consulting, a director with the OGMA and a former principal in Fulton Windows.