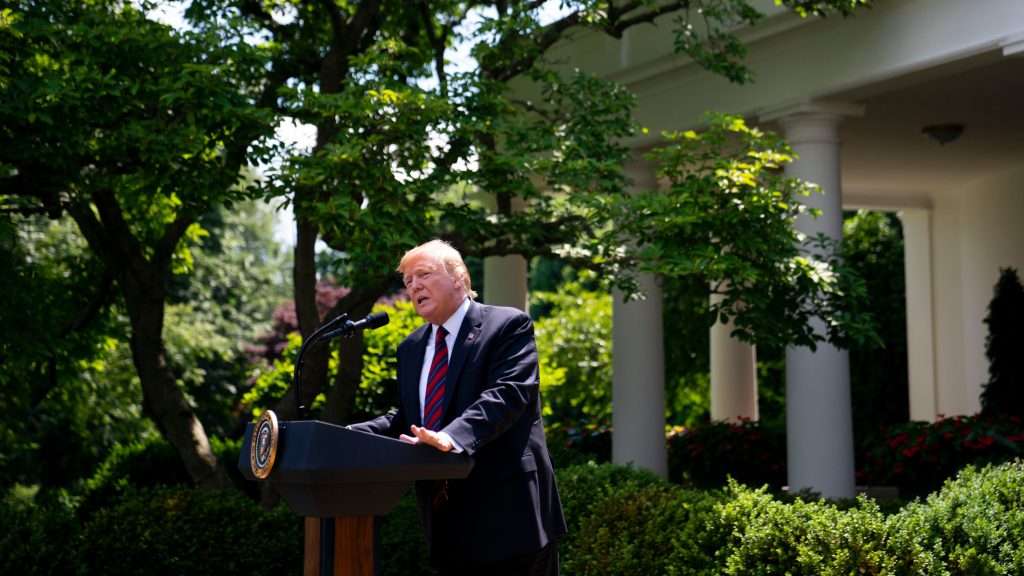 It’s always a bit hard to understand just what U.S. president Donald Trump is saying, but he appeared to reference the ongoing controversy in building standards over window/wall ratios in his Rose Garden speech yesterday.

“So they want to rejoin the Paris climate accord, and they want to seek an even higher level of restraint. In other words, make it worse than it. Mandate Net zero Carbon emissions for homes, offices and all new buildings by 2030. That basically means no windows, no nothing. It’s very hard to do. I tell people when they want to go into some of these buildings, how your eyes because they won’t be good in five years, and I hope you don’t mind cold office space in the winter and warm office space in the summer because your air conditioning is not the same as the good old days.”

National U.S. media have expressed confusion over the remarks, but people in this industry can make a good guess at what he’s talking about.

From the Washington Post’s Dana Millbank:

“I’m not making this up!” Trump said, mid-jeremiad. (Actually, he was.)

Joe Biden hasn’t made any statements about window/wall ratios, but his climate plan does call for upgrades to six million U.S. homes and buildings over the next four years. The Paris Accords do not require signatories to implement any specific method of carbon emission reduction. However it is well understood that improving the energy efficiency of buildings needs to be a key goal for any country attempting to comply with the Accords.

Trump appears to have a heightened awareness of environmental regulation in construction. In January, he made headlines complaining about having to flush toilets 10 times – comments that struck many commentators as bizarre, but were probably referencing U.S. environmental regulations controlling how much water bathroom appliances can use. Trump’s focus on these issues is perhaps unsurprising given his previous career as a real estate developer.

Related
The Engineer: High ratios not necessary for sufficient daylighting
No worries window wall – tips and tricks to make window wall work well
Editorial: When a ban is not a ban
Window wall in Canada – the evolution of facade technology