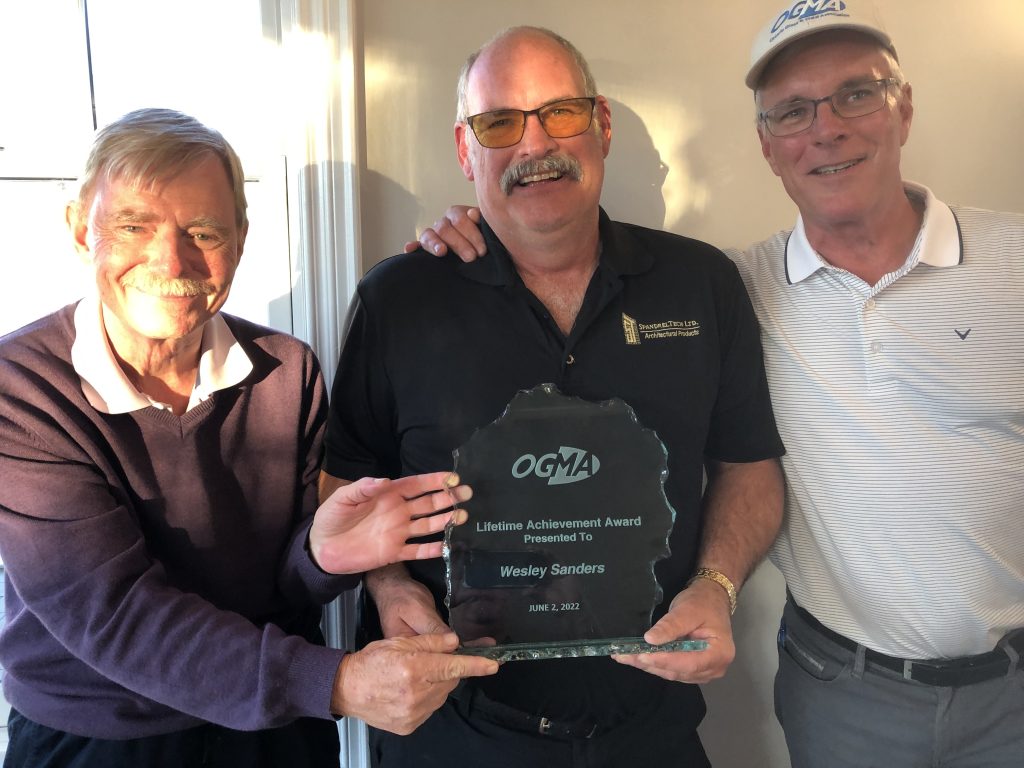 Wes receives his award from Frank Fulton and Greg Parkin.

The Ontario Glass and Metal Association gathered for its first golf tournment since the start of the pandemic on June 2 at Piper’s Heath Gof Course in Milton, Ont. About 100 golfers took part on a day that alternated between cool and warm but never broke out into rain. 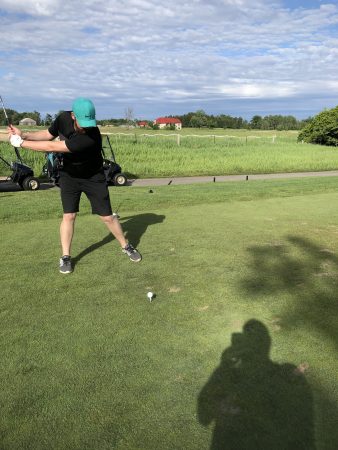 The dinner afterward featured the usual handing out of prizes and a raffle for a big TV. Nick Hedden of Tower Glazing was on hand to accept the $1,000 OGMA apprenticeship bursary recognizing his dedication as a student in the trade.

The big event was the presentation of the OGMA Lifetime Achievement award to Wesley Sanders, founder and president of Spandreltech. The Sanders contingent filled a table, with wife and 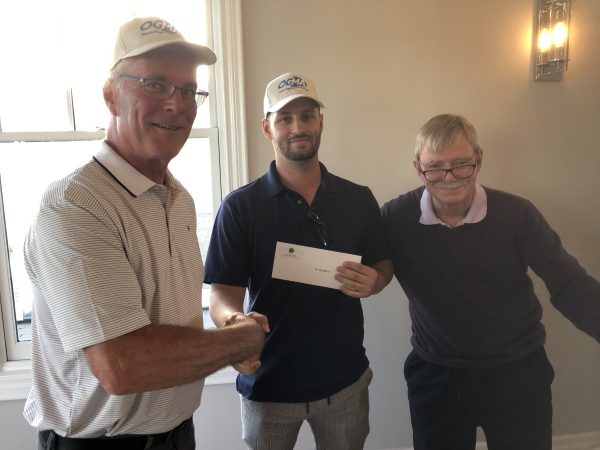 co-founder Irene on hand as well as sons Blake and Corey and daughter Erica. Blake and Corey read the testimonial to their father, injecting several humorous anecdotes from their time growing up in the business with him.  They chronicled Wes’ journey from his beginnings on a family farm near Erin, Ont., through his introduction to metal fabrication at Irene’s father’s company, ECF Metal Fabrication, in Acton, Ont., to his exposure to the fenestration business at Egon Filter. 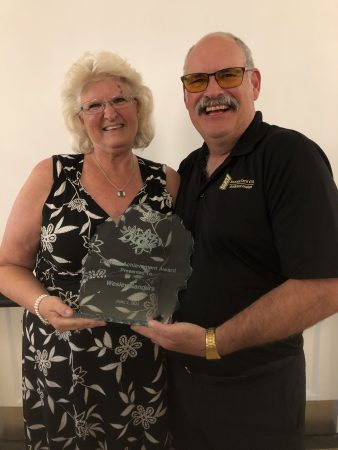 Wes acknowledged his wife, Irene, as an equal partner in his success.

Spandreltech was started in 1991 and its growth driven, the sons said, by the blood, sweat, tears and sheer stubborn determination of their father, with Irene’s tireless assistance. The company moved to Georgetown, Ont., in 1994 then to its present location in Erin in 1998. The company now ships fabricated architectural metal products across North America and as far afield as Argentina, using advanced CNC brake presses and fibreoptic lasers in its processes. Accepting the award was an emotional task for Wes as he thanked Irene for her support.