Canadian standards rise from their slumber. 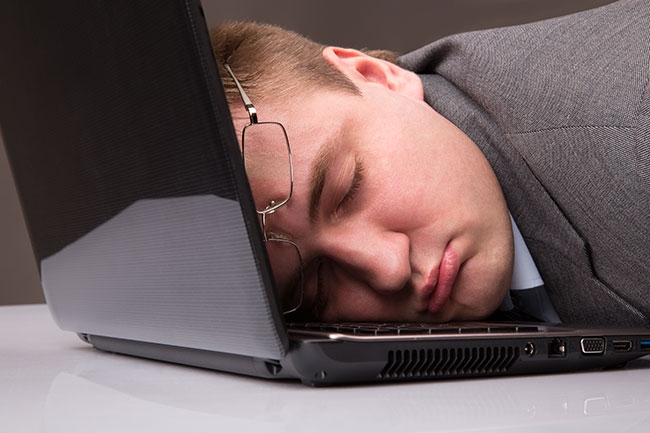 This is a dry topic, no question. But industry inattention to codes and standards can lead to falling behind technological progress, degradation in the built environment and even tragedy. Photo: Getty Images

“The important thing for people to realize is that while the Canadian General Standards Board withdrew seven glass codes including the code for strength and design, it can still be referenced. Additionally we can also look at the CSA A500-16 for guardrail glass. It’s a new standard and excellent resource that will be implemented in the National Building Code as well as the provincial building codes.”

Many of the glass standards CGSB publishes haven’t had a proper review since 1990. The CGSB requires standards to be reviewed every five years. Since it has almost been 30, the CGA’s Technical Committee participated in a joint review of the glass codes and either withdrew, reaffirmed or updated the CGSB standards. See the sidebar for a list of the changes.

According to Brent Harder, chair of the CGA technical committee and senior design engineer/estimator for Calgary-based Ferguson Corporation, standards are withdrawn when there is a lack of funding to revise and update standards as required.

“There was not enough support from the Glass Committee to withdraw CAN/CGSB-12.20, however it was noted that the cost of the changes that the committee required for CAN/CGSB-12.20 were too great for CGSB to undertake without funding in place,” says Harder. “Therefore, the CGSB had no other choice but to comply with their requirements and withdraw CAN/CGSB-12.20 due to it being more than five years old. The CGSB would like to see this standard updated.”

“So the question will be asked, what does the industry do when standards are withdrawn?” queries Harder. “The opinion of the Technical Committee is that we will either continue to rely on the withdrawn standards or move to reference standards from the U.S., which is already happening, or find funding to update the standards. Some U.S. standards are already referenced in Canadian codes. Some consider this unfortunate and would like a ‘Made in Canada’ solution, although many U.S. standards are adopted in other jurisdictions. Finding funding stands in the way of adopting new revisions of the old standards. In my opinion, CAN/CGSB-12.20 is still a useful standard and addresses some things not found in the ASTM standard, however it does need to be updated.”

According to Harder, there was a National Building Code representative on the Glass Committee who is aware of the withdrawn standards that are still available from the CGSB. In fact, the latest edition of the National Building Code (2015) already references both CAN/CGSB-12.20 and ASTM E 1300 with different adjustment factors on wind loads.

Harder adds that the new CSA A500 standard (Building Guards) is up for future adoption in the building codes. “This is a timely publication for the design and use of glass in guards. The use of glass and technologies has changed since CAN/CGSB 12.20 was written in 1989. ASTM E1300 has been maintained and updated, however it does not cover some of the items that are covered in CAN/CGSB 12.20 and E1300 does not cover glass balustrades.”

In addition, Harder states that the design standard for aluminum in Canada (Update to Strength Design in Aluminum – CSA S157-17), which is referenced in building codes, was recently updated and contains significant changes. There is also the adoption of the National Energy Code of Canada for Buildings that sets out requirements for the energy-efficient design of new buildings.

CGA technical committee member Andrew Crosby of Read Jones Christoffersen notes important changes with the CSA A500-16 building guards standard, including clarification that a top rail is not required with laminated glass. “There is also guidance on the post-breakage requirements for glass, separating out the conditions of monolithic and laminated glass,” says Crosby. “And less stringent guidance on the assembly of guards at slab edges compared to what was presented in SB-13.”

The trouble with wired glass
While good work has been done on some Canadian standards lately, other areas have languished due to lack of funding. CGA technical committee member Rob Botman, general manager of Glassopolis Specialty Glass in Toronto, points to the lingering problems with wired glass as an example of what happens when old standards are allowed to hang around.

“In the United States, they made a code change around 10 years ago that banned wired glass,” says Botman. “The Americans recognized that the wired glass was dangerous and removed it from their building code. Wired glass is a fire-rated glass, but it never was a safety glass in the modern sense. When you fall into wired glass, you break through the glass, which, since it’s annealed, becomes a mesh of broken glass shards held together by the wires. It’s like falling through a set of guillotines. And when you pull yourself out of there, you shred yourself a second time.”

“Americans get a lot more lawsuits than we do, so wired glass was squeezed out of the U.S. building codes in 2003 and 2006,” says Botman. “Turns out it’s banned in most developed countries around the world. England got rid of it 15 years ago. Pilkington shut down their factory that made it there. Europe banned it, the U.S. banned it. Basically Canada is the last western country standing that still allows the stuff.”

According to Botman, the University of Toronto School of Public Health did a study that reviewed hospital records of wired glass injuries and estimated that one student per day is being injured enough to go to the hospital. “An Edmonton high school student died because of wired glass,” says Botman.

“It took a decade before Canadians started addressing this problem. Then it took three years to get the standard changed. Now it can take up to five years or even longer for the building code to properly process these changes. When a kid a day is getting sliced and sent to the hospital because of this glass and it takes years for the rules to change, that’s ineffective. The Canadian standards and code process doesn’t respond fast enough.”

According to Botman, wired glass leaves glass companies in Canada vulnerable to lawsuits in the meantime. “The injuries are still happening and people still follow the old practices. That leaves them terribly exposed to being sued. I know of at least a dozen wired-glass-related lawsuits that are going on right now. People think they are following the code and have a defense, but the lawyers go right through it. You have a duty to not install a dangerous product and it has been known around the world for 15 years that wired glass is dangerous. Even the manufacturer warns against its use!”

“The national standard has now changed. And how ever the change is rolled out across the country, you cannot hide behind what your local province allows because the ambulance chasers are going to get you. The lawsuits are ahead of the regulations in some respects. Following the code will not protect you, so what is it worth? If the code process takes 10 to 15 years to fix an obvious problem, is it serving our needs? Is there something wrong with the way we do our regulations? How can we make it better?”

There are still 10 more national standards for glass that have to be reviewed, however the Canadian General Standards Board has no budget to work on them. Many of them have already been withdrawn. “All of the Canadian versions of these standards are being withdrawn and, in their absence, people are going to have no choice but to point to the American standard,” says Botman. “Before you know it, Canada has lost all sense of self-regulation in this industry.”

“We need to step up and work together as an industry on getting these made-in-Canada regulations done in a more timely and cost-effective way. Because if we don’t get together, we’re going to lose our jurisdiction to Americans. Some people like that, some people don’t. As a Canadian, I’m not so keen to have the big U.S. companies tell us how we are going to do our glazing up here. Our climate is different, our economy is different, our needs are different.”

So what are glass contractors to do? Botman recommends following the new standard for CAN/CGSB 12.1- M17 Safety Glazing even if your local code has not formally adopted it. Tempered, laminated or surface-filmed glass can pass this standard. Remember, though, that most wired glass applications are also fire-rated, so make sure your replacement for wired glass is fire-rated if required. Fire-rated glass must be third-party certified and labeled by an agency such as UL, so in most cases the replacement for wired glass must be a UL-certified and labeled product. If it’s not labeled, it’s not legal.

The CGSB has recently decided to make all active standards available for free on the government of Canada website (publications.gc.ca) over the next few months.