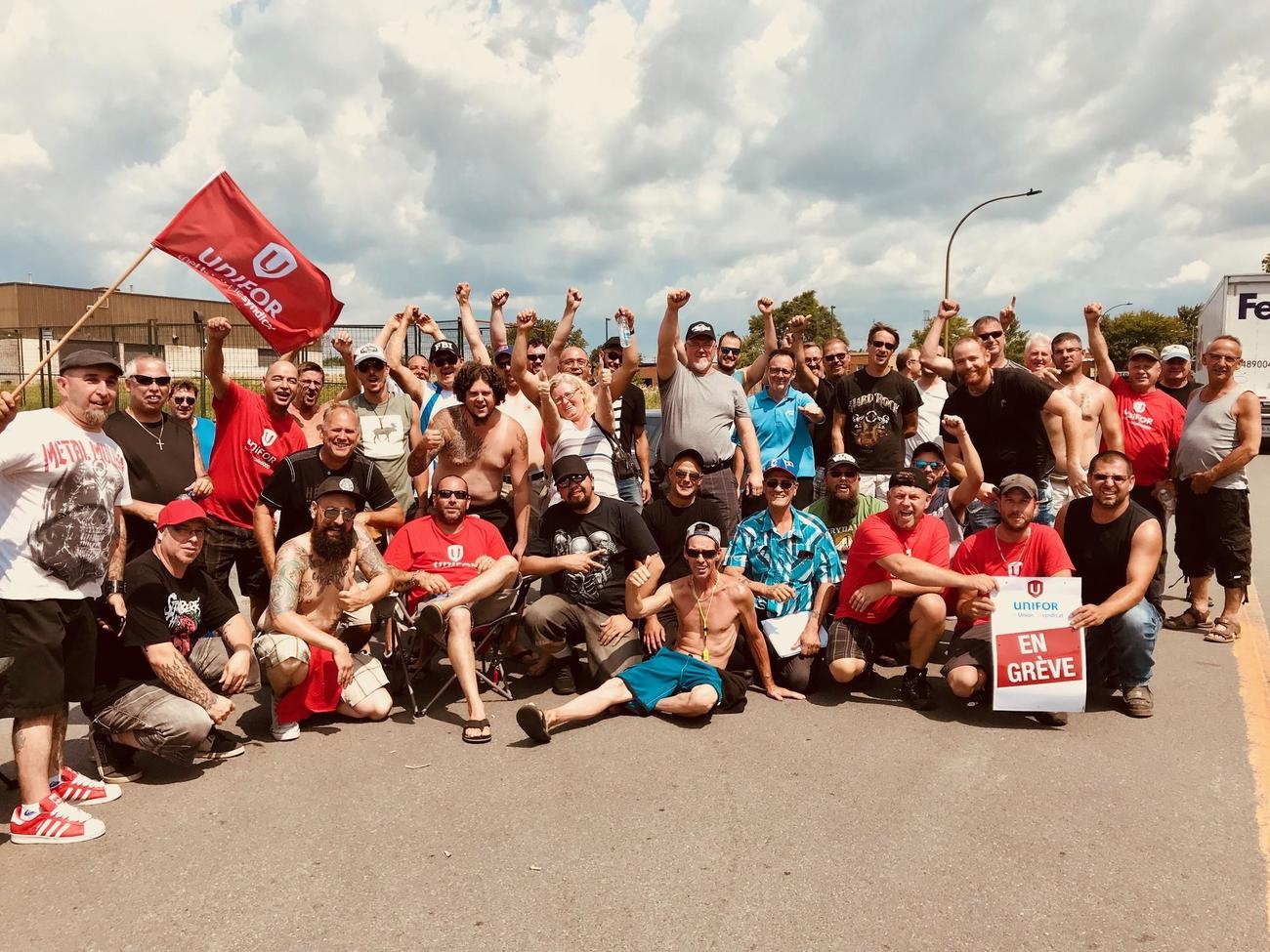 July 23, 2018 – After reaching a dead-end in negotiations to renew their collective agreement and dealing with an intransigent employer, the members of Unifor’s Local 6000 of the Oldcastle unit went on strike on July 6.

“We gave a clear ultimatum. There comes a point when enough is enough. The employer has to understand that we are determined to make legitimate improvements to our members’ working conditions. Under the circumstances, we had no other choice but to call a strike because the employer just wouldn’t listen,” explained Yannick Désautels, Unit President.

The parties have been in negotiations for 20 days, 12 of which were in conciliation. The employer remains intransigent on non-monetary issues such as employee turnover, work schedules, breaks and vacation periods. Yet, these issues are priorities for the workers. It is important to note that the Unifor members’ workplace is extremely challenging because they are exposed to intense heat while transforming glass into a finished product for fenestration.

Despite several possible solutions put forward by the union, the employer turned a deaf ear and remained fixated on the management of its operations with no regard for the workers’ needs. In addition to these problems, labour relations were difficult throughout the last collective agreement and, furthermore, the employer is now asking for monetary concessions that had not been brought up previously.

“We want to send a clear message to the employer. This work contract can only be renewed on the basis of negotiating in good faith and respecting our members,” said Mr. Désautels.

A strike mandate with 81% support was given by the members of the Bargaining Committee on June 9, 2018, although the collective agreement had expired in March 15, 2018. Oldcastle BE is located in Pointe-aux-Trembles and employs about 105 unionized workers. The plant manufactures glass for building construction.