Features Architectural design Business intelligence Contracting Profiles Under the Glass Women in Construction
Under The Glass: The one they look up to Bass Installation’s Natasha Callender-Wilson 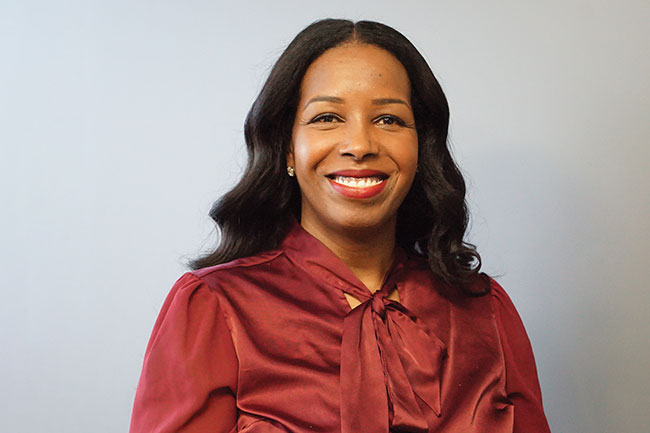 The vice-president of Bass Installation sat down with Procore’s Sasha Reed to share her reflections on leadership in Canada’s glass industry.

Natasha Callender-Wilson is vice-president of Bass Installation, a glass installation company whose work can be seen in many Toronto projects including CIBC Square, TEC Bridge and the Shangri-La Hotel Toronto. Her father, Stephen Callender, founded and owns Bass and serves as president of the Afro Canadian Contractors Association (ACCA). Natasha joined Bass in 2005 and spearheaded the creation of its subsidiary, Bass Curtainwalls, in 2010. She spoke with Sasha Reed, director of industry advancement for Procore.org, about being a Black woman in construction, how she’s grown as a leader and how the industry can make room for a more diverse workforce – beyond gestures that simply check the diversity box.

Sasha Reed: What is it about construction that makes it your industry of choice?

Natasha: I’ve been around builders all my life, my dad’s an iron worker by trade. There’s some level of satisfaction in helping solve the challenges on a job site, whether you’re looking at drawings or in the office doing payroll. Everybody has a role to play. We can say, “wow, we did that as a team, built something that’s going to be part of Toronto, or Ontario or Canada’s legacy.”

Sasha: You mentioned something there that I think is so interesting, which was reflected in an article that was written about you, the idea that your work is changing the skyline of Toronto. How much does that play into your desire to stay in this industry versus looking at other careers and opportunities?

Natasha: It’s not just the physical work of building skylines that is changing, but also the industry as a whole. There are women including women of colour entering construction. At Bass, we can play a part of opening those lines for people who just didn’t really have the opportunities like when I was coming up (being a woman and a minority). So, I think part of the reason I want to stay in the construction industry is because I have a voice and knowing where we came from and to see where we’re going. I want to be a part of that.

Sasha: First, as a woman in industry, kudos to that. Talk to me about the transition that happens in your mind as a leader, where you go from being the underdog to a person in a position of authority who can inspire and give access to others.

Natasha: Recently, I had this moment when I realized, oh my gosh, I am the one that others may be looking up to now. When you’re starting out in the industry, you should ask questions even if you think they’re stupid, because you’re allowed when you’re young and naive and just coming up. I think the transition moment occurs when you realize that you are now the one answering the questions. I try to be honest and vulnerable with my colleagues who look up to me. It’s not always easy. There were days I locked myself in the bathroom and cried because I felt attacked. I’m happy to be someone who can share what I’ve learned and experienced with younger individuals and help them as they start their own journeys.

Sasha: On that point, do you see the culture that you’re building as a competitive advantage for your business?

Natasha: It is. I feel like we’ve been doing it all along. There are small things we can change that help open the industry to more people. I haven’t had a problem with terms like foreman or journeyman or anything like that, that’s the name of the role, I get it. But I’m always a little more receptive when someone mentions journeyperson versus a journeyman. We’re building a culture, and by building the culture, it’s spreading throughout the industry slowly. Sometimes you’ll also hear derogatory comments and it’s like, “but that’s just construction, that’s allowed.” We said, “No, no, it’s not acceptable, it’s not fine”. We’ve always been mindful about that. We train our supervisors and workers as they come to us to be mindful of things like that, not because it’s the new diversity and inclusion checkbox but because it’s who we are. We have many, many different cultures here, especially within our head office. To build that culture of good people, you need good thinkers, good ideas and different cultures coming together. Because at the core, we all want the same thing.

Sasha: How is construction changing in terms of communication methods?

Natasha: Having access to information – on the cloud – at our fingertips, across organizations, is really changing how we work as a company. I can mark up a drawing in Procore and say, “Joe did you get it?” And he’s all the way downtown, which is 45 kilometres from us. It’s brilliant that we’re able to connect and get things done more efficiently. With technology, there are opportunities for more people to participate and be productive.

Sasha: What is it that your company got right, in terms of being a participant in your success?

Natasha: What allowed me to pursue a career in this industry was being able to go to school and still pay my rent. That can be the difference for some people. So maybe you don’t work eight hours straight, you put in two hours now and make up the rest later. A flex system like that can help people achieve their goals. To support education, we offer tuition reimbursement. We’re always trying to encourage anyone who wants to learn. We want to make sure that people can grow within our organization.

Sasha: When it comes to employing and advancing women, what are some of those things that the industry can improve?

Natasha: There is that flexibility notion, and childcare plays a big part of it. One of the things the Ironworkers launched about four years ago was benefits for maternity leave. And they were one of the first unions to do that. There was such a disconnect with women in the trades, having to choose whether they’re going to work or choose to have children. It’s so hard to have to choose between the two, and it’s amazing to know that organizations like the Ironworkers union support us.

Further, maybe we need to focus on the culture of the organization by realigning the operations around how we want to do things and by investing in all our people. When you invest in good people, the return is far greater than expected. We can make the rules, so why are we trying to follow someone else’s rules? •

Jas Saraw is vice-president of Canada for Procore, a global provider of construction management software.