Air and water ingress requirements are on the way. 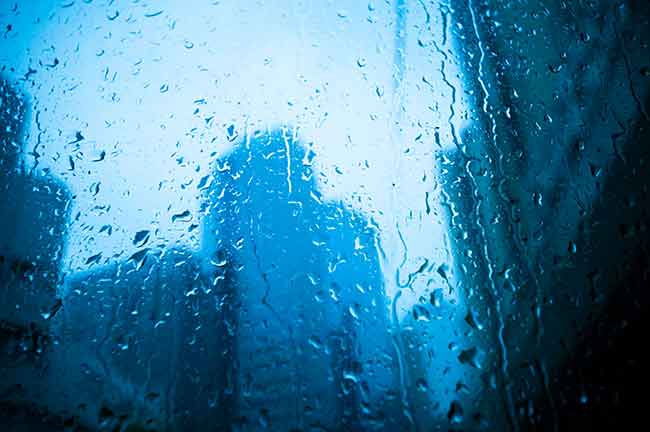 The five-year update cycle has come around again for the National Building Code, and one big change commercial glazing fabricators will see is the inclusion of specific minimum requirements for air/water ingress for all fenestration components of Part 5 buildings. The new sections 593.4 and 593.5 of Part 5 will cover air and water ingress, respectively.

The requirements are not anticipated to be hard for most fabricators to meet and are designed more as a starting point to establish a common, minimum benchmark so specifiers, contractors and fabricators can all have a common understanding of what the current applicable standards are. This has been done, according to Robert Jutras of CLEB Building Science, who sits on the Part 5 committee, to address a common complaint that different bid requests on the same project, or bid requests on projects that are very similar and geographically close, often have wildly varying specifications, or reference standards and test methods that are years out of date.

The air performance requirements are drawn from the North American Fenestration Standard (NAFS), and the water ingress performance requirements come from the Canadian Supplement to that document. NAFS is already familiar to most architects and fabricators as pre-fabricated windows have had to conform to the standard since the NBC 2010 was adopted. The rationale for applying that standard to the rest of the fenestration components was pretty simple: “If a punched window on floor 20 of a precast wall needs to meet NAFS – and it already does under NBC 2010 – then why would the curtainwall that is 10 feet beside it have to meet something else?” asks Jutras. See the chart opposite for details of the new requirements.

The components that will now have to meet NAFS are referred to in the NBC as “Other fenestration assemblies.” These will include curtainwall, spandrel, window walls, storefront, skylights and point-supported assemblies. Descriptions of these components will appear in the appendix to the section, as the process for including official definitions in the code is fairly torturous, according to Jutras. Previously, air/water performance for these kinds of fenestration on Part 5 buildings was left entirely to the discretion of the designer and specifier.

Exclusions to the new section include storm doors and windows and store entrance systems, such as revolving doors, which are frequently site-built and not designed to be air- and watertight anyway. Smoke and relief vents are also excluded. Site-built doors and commercial steel doors are covered in other parts of the code and are therefore not addressed in the new sections either.

Ironically, that has usually led to fabricators having to meet a tougher standard than the NBC will set. “It doesn’t matter what they put there because for curtainwall every consultant wants you to meet the highest standards of AAMA [American Architectural Manufacturer’s Association] 501,” reports Jim Brady, general manager of Desa Glass. “They can put in the minimum codes, but I have to meet the maximum standards. I’m building for the100th storey of a building in Miami with hurricane-force winds.”

Window wall is one area where Brady can see a benefit to having established air/water requirements. While curtainwall design is fairly standardized, architects are experimenting more and more with “inside-out” concepts that involve large, unbroken, operable barriers between interior rooms and outside space. “Window wall is interior glazed with snap-in stops and roll-in rubbers,” Brady explains. “You don’t get the compression you see with a pressure plate and a quarter-20 screw. Drainage and pressure equalization is very tough to control on a window wall.” Perhaps demanding that window wall meets the same air/water standards as other types of fenestration will drive a move toward higher quality and innovation in those products.

Jutras explains that the Part 5 committee hopes that including air/water performance in the code requirements, even as low minimums, will help prevent over-specification as well as under-specification. The existing AAMA test standards that have been used for years were drafted to address worst-case scenarios without regard for specific environmental and geographical conditions. Frequently, they call for higher levels of resistance to water ingress than a building will encounter. On the other hand, NAFS, and especially the Canadian supplement, has been drafted with specific reference to local climates and weather conditions. There are maps and tables outlining requirements for facades based on where they are in Canada, their orientation and the surrounding terrain. As these requirements become understood in the architectural community, it is possible that they will actually open up some design flexibility as fabricators and contractors are not required to over build.

Meeting the tough AAMA 501 standards has some drawbacks for fabricators. The cost of the tests are significant, at around $60,000. Desa has found alternative tests that meet the same performance standards, but has to convince customers that they are just as reliable. “It can be hard with some guys who are set in their ways and only have two big suppliers in mind,” Brady says. “When you are a medium-sized guy without AAMA 501 they don’t want to hear from you even though the test standard is the same. Some will take that work and say ‘OK, go ahead,’ others will say, ‘No, you have to meet AAMA.’”

The NAFS and Canadian supplement performance numbers are included right in the requirements of the NBC 2015 code. AAMA test methods are referenced, but only in the appendix as guidance to an effective test that will proof compliance with the NAFS performance requirements. The reason for this is because AAMA is not a consensus standard, subject to public review. Only consensus standards are allowed to be part of code requirements, Jutras explains.

Staying up-to-date on codes and standards is a daunting task for everyone. Spelling out a common, minimum requirement will help smooth out the bidding and testing process, Jutras hopes. Today, “if you get specifications from 10 different architects on the same project, you will have five different requirements,” Jutras says. Putting the air/water requirements right in the code gives fabricators and test labs the ability to go back to the specifier and point out where they have used inapplicable or out-of-date standards. In an environment without published requirements, specifiers can suspect fabricators of cherry-picking standards to suit their products. Now, “it gives the fabricator the chance to say ‘I’m not saying it, the code is saying it,’” Jutras explains.

The NBC 2015 has been published and is now awaiting adoption by the various provincial jurisdictions that reference it.

Chapter and verse
5.9.3.4 Air leakage
Except as provided in Sentence (3), other fenestration assemblies and their components shall have an air leakage characteristic, measured at an air pressure difference of 75 Pa, when tested in accordance with ASTM E 283, “Determining Rate of Air Leakage Through Exterior Windows, Curtain Walls, and Doors Under Specified Pressure Differences Across the Specimen,” that is not greater than

5.9.3.5 Water penetration
Except as provided in Sentence (4), other fenestration assemblies and their components not covered in Article 5.9.2.2. shall resist water penetration when tested in accordance with

Tests referred to in Sentence (2) shall be carried out at the driving rain wind pressure as calculated in accordance with CSA A440S1, “Canadian Supplement to AAMA/WDMA/CSA 101/I.S.2/A440, NAFS – North American Fenestration Standard/Specification for Windows, Doors, and Skylights.”