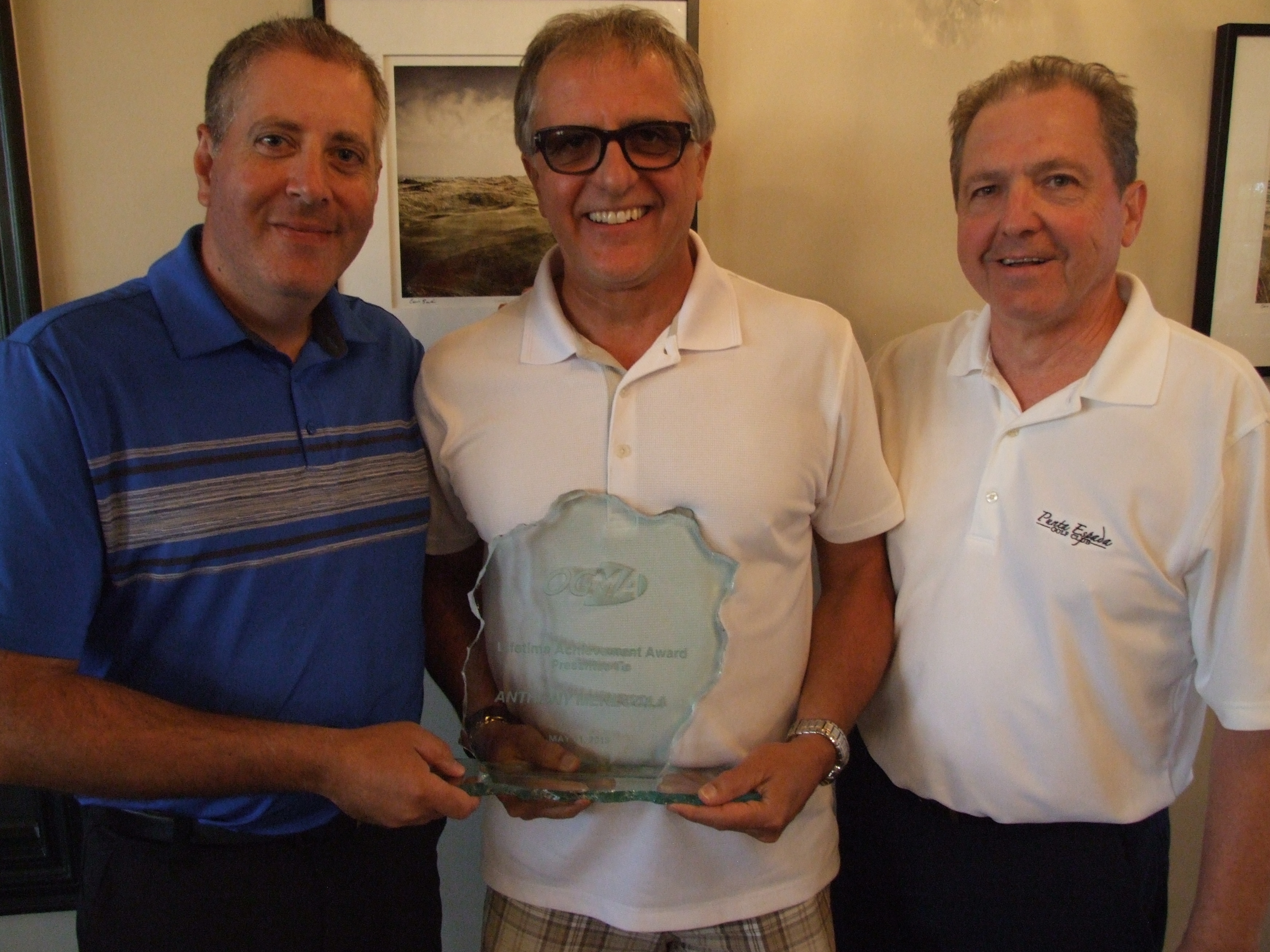 Marsella noted Menecola’s life-long involvement in the industry, raised by his father, Lorenzo, a steel window manufacturer who immigrated to Toronto in the 1950s. Menecola started assisting his father when he was 12 and went into business with him in 1979. In the ’90s, Applewood took on unitized curtainwall fabrication and today has expanded to 40,000 square feet and 50 employees. It has completed several noteworthy projects in the Greater Toronto Area, including the award-winning BMW dealership in the Don Valley. Aside from business success, Marsella pointed to Menecola’s dedication to giving back to the industry. He has been active on the OGMA and AGMCA boards throughout his career and sits on the glazier apprenticeship committee overseeing glazier training in Ontario. Menecola’s focus on family was evident with his wife, Eva, his children Jennifer and Anthony, son-in-law Mikale and new granddaughter, Gioa, all in attendance.

Other business at the golf tournament included awarding the OGMA education bursary to Kyle Girodat. In presenting the bursary, OGMA president, Angelo Cairo, noted “Kyle is in his third segment of apprentice training and currently works for KW Glass in Kitchener. He seems to love the work that he does and takes great pride is what he does based on the discussions we had regarding his projects. Kyle finished top of his class in both the first and second segments of his apprenticeship training.”

Some golf happened, too. Nerves were on edge going into the day, with the weatherman calling for thunderstorms all week long, but the promised rain held off until evening leaving the afternoon sunny and the course in great shape. Over 100 golfers enjoyed the day, a tasty steak dinner, dozens of prizes and draws, and the valued opinions of their peers in the industry.