Oct. 31, 2012 – Denver-based RavenBrick has announced that window industry veteran, Leon Silverstein, has agreed to join its board of directors. 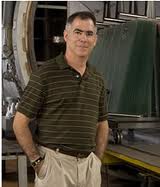 Oct. 31, 2012 – Denver-based RavenBrick has announced that window industry veteran, Leon Silverstein, has agreed to join its board of directors.

Silverstein, whose family has been in the architectural aluminum and glass business for over 100 years, is one of six members of the re-organized board.


"We could not be more thrilled with having Leon as part of our team," said Alex Burney, CEO of RavenBrick. "The leadership and insight that Leon will add to our Board is invaluable."

Silverstein, who has been in the fenestration industry for over 32 years, is the former CEO of Arch Aluminum and Glass, a family company that employed 2,500 people and had sales in excess of $350 million at its height. He is currently the chairman of Aldora Holdings, which manufactures custom storefronts, entrance doors and specializes in hurricane-resistant impact doors and windows, and CEO of HHH Architectural Tempering Systems, a manufacturer of glass-tempering furnaces and a provider of technical expertise in supporting the tempering process.

"I have been an early supporter of energy efficient products for the fenestration industry and being a member of the RavenBrick board lets me be a part of some of these exciting changes in the future," Silverstein stated. "I have followed RavenBrick’s product development for the last four years and watching them go from a developer of technology to shortly becoming a manufacturer and supplier of product is something that I am honored to be asked to join as a member of the team."