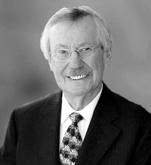 Dec. 14, 2010 – It is with great regret that we announce the passing of Keith McIntyre Ferguson, co-founder of Ferguson Neudorf Glass. Keith passed away in the Palliative Care Unit at London’s University Hospital on December 4, 2010, in his 81st year.

Dec. 14, 2010 – It is with great regret that we announce the passing of Keith McIntyre Ferguson, co-founder of Ferguson Neudorf Glass.

Keith passed away in the Palliative Care Unit at London’s University Hospital on December 4, 2010, in his 81st year. He was predeceased by his parents Barbara McIntyre Ferguson and Lorne Nunn Ferguson and his five siblings – Archena MacDonald, Gladys Keats, Elizabeth Cullen, K. James Ferguson, and Roberta Quandt.

Keith was born an entrepreneur. He was born in Dubuc, Sask. and grew up in Regina and Moose Jaw, Sask., where, as a young boy, he delivered newspapers and groceries and sold magazines. He attended the University of Western Ontario where he graduated in 1953 with an Honours Degree in Business Administration.

Keith and Rachel married in 1954 and moved to Windsor where Keith took his first job with Canadian Pittsburgh Industries. He soon founded Ferguson Glass Ltd., which became a prominent company in the institutional, commercial and industrial glass business until 2008. He also founded Ferguson Glass (Western) Ltd. in Calgary with Frank Babienko that continues today as Ferguson Corporation. He bought IBG Canada Ltd. and with partner Paul Davison developed it into a leader in structural skylights.

In 1986 he and Peter Neudorf Sr. founded Ferguson Neudorf Glass Inc., now one of the largest glass and curtain wall companies in Canada. Their resume of projects includes the Roger's Centre, BCE Place, Winnipeg Hydro Building, Fallsview Casino, Caesar's Windsor Hotel and Casino, the new Pearson Airport Terminal, the National Gallery of Canada, the Discovery Communications Building in Maryland, the Smilow Cancer Hospital at Yale-New Haven, the Shakespeare Theatre in Washington DC along with projects in Japan, Mexico, Barbados and Nassau. Current projects include the Four Seasons, First Canadian Place, the Shangri-La and the Union Station Revitalization Project in Toronto.

Keith was beloved by family, friends and colleagues. He will be remembered for his keen intelligence, legendary work ethic and especially his irreverent sense of humour. The family would like to extend sincere thanks to Dr. Sharon Baker and the Palliative Care Unit team at University Hospital, Dr. Joseph Chin and Dr. Michaele Fleming for their excellent and compassionate care.

The family would appreciate memorial donations to the Salvation Army or the Home Library Service of the London Public Library.