Everyone eying opportunities in Las Vegas. 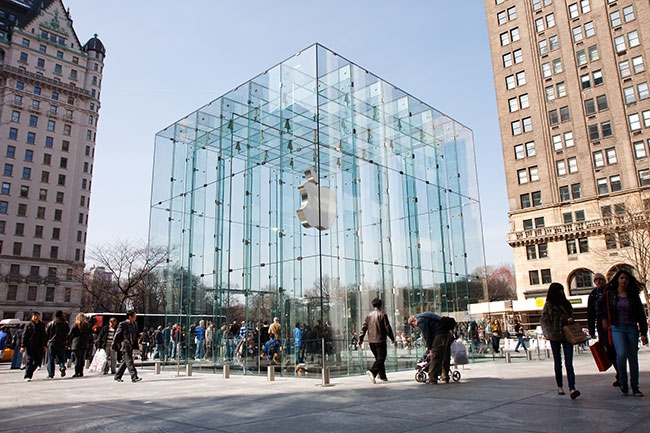 The pain is finally over. The U.S. glazing industry that has been suffering from recession and the post-traumatic stress disorder that followed, has finally recovered. In fact, “recovered” is a poor choice of word.

A familiar word that we haven’t used for a while was being thrown around with a lot more confidence at the recent Building Enclosure Contractors (BEC) Conference in Las Vegas. Growth. Not recovery or optimism, but growth. And lots of it. At least until 2018 or 2019 (barring any major geopolitical event). So buckle your safety belt because the next four or five years are going to be wild.

Produced by the Glass Association of North America, this year’s BEC speakers were exceptionally high calibre as usual. James O’Callaghan of Ecker O’Callaghan described the journey of designing, manufacturing and building Apple’s famous flagship glass cube stores and staircases around the world in his
presentation “the Future of Glazing Technology.” “Transparency becomes very important when you want to make sure that people have a very clear vision of navigation when they are looking from one side of the retail store to the other,” O’Callaghan said. In a presentation that needed to be seen, in order to be truly appreciated, O’Callaghan chronicled the trials, tribulations and enormous successes of designing, manufacturing and building with massive, never-been-done-before oversized laminated glass.  The incredible project included using autoclaves from the aerospace industry, developing a method to splice laminated glass together in a similar fashion to plywood and handling, shipping and installing huge lites of glass. The Future of Glazing Technology could easily be summed up in one word: wow.

Industry blogger and glass rockstar Max Perilstein was everywhere. Not only did Perilstein moderate a thought-
provoking fabricator Q&A panel, he got to throw two pitches to one-handed former pitcher for the Yankees and the Angels, Jim Abbott, during Abbott’s ovation-receiving keynote.
Perilstein also nailed it with his full-house presentation on social media.

But the powerhouse Glazing Industry Update presentation by Apogee Enterprises CEO, Joe Puishys, was the one that had everyone buzzing about for the rest of the conference. Candid and intense. Nothing short of what you’d expect from someone that runs a $935 million a year publicly traded company. Apogee touches every part of the U.S. glazing industry and reaches well into Canada. As the largest glass fabricator in North and South America, Viracon is the single largest out of the seven companies currently in Apogee’s portfolio. Glazing contractor Harmon is Apogee’s second-largest company. Apogee also owns Canadian architectural framing systems leader Alumicor and it’s American counterpart Tubalite as well as aluminum window systems and curtainwall manufacturer Wausau, paint and anodizing finisher Linetech and picture framing and engineered optics specialty glass manufacturer Tru Vue.

Puishys, only three years deep in the industry and admits he is new to the business, but he used the presentation to “describe his observations as an ‘outsider.’”

“I believe our industry is a good industry,” Puishys said. “It’s had its bad times. It’s a complicated business with low margins. I thought ‘how complicated can the industry be with no moving parts?’ No circuit boards. No programmable logic controllers. I was shocked with the low margins. As an industry, we don’t get paid for the complexity of the work that we do.”

Sound familiar? It gets better. “This industry moves at glacial speed. Who wants to be the best buggy whip manufacturer in the United States? We need to be careful because this industry is slow to adapt. This is also an incestuous business. Look around the room. You’re with your competitors. You’re with your suppliers. Sometimes they are the same person.”

This industry landscape is changing. “Certainly you used to be able to
measure the seven-to-eight-year construction cycle with a stop watch. Those days are over. The end market reacts to every little bit of news today, both negative and positive. Clearly, strong market conditions exist across all sectors. Two years ago, we were saying the good news is we’re not talking about a double dip recession. A year ago, we were talking about growth again. It felt better. The ice was starting to form but didn’t feel thick enough to feel good although we are feeling better. Today, I feel like the ice is very hard. I believe our end markets are going to grow nicely for the next three, more likely four, possibly five years. Two years ago, Texas was the hot spot and everyone ran there. A year ago, it was pockets of growth. Now it’s almost every geography.

“If you think oil prices are going to stay where they are now for a long time, you’re silly. The tide is coming in and this is chance to take advantage of it.  Do not overrun the growth curve. It’s a fatal mistake and most people make it. You chase the growth and you end up right in the ditch because when the market changes, you are going too fast for the curve. Start planning now for the downturn, however, there is a lot of time.

“Labour is going to be a big issue. There are new foreign participants. My advice is to suck it up and get used to the competition.

“Retrofit is a big deal for us.” According to Puishys, aesthetics and energy are the main triggers for a building owner to re-glaze their building. “We consider retrofit to be the main
market. There are five million commercial buildings out there with 70 billion square feet of glass. These buildings consume 40 per cent of the energy in the United States. Even a higher percentage of typically fossil-fuel-generated electricity. Two-thirds were built before the advent of low-E glass in around 1980. More than half are monolithic. One per cent of that market is equal to what comes out every year in new construction. Yet, for the most part, we are all chasing that one per cent.

“Typically, it’s not that type of work our internal glazing company wants to handle. Hopefully all of you will benefit from this. I challenge my competitors to drive this effort by educating building owners and maintenance companies that there is a lot of money in the payback of higher rent and energy savings. Don’t think of the World Trade Center as a target for this. Think the MUSH market: Municipals, Universities, Schools and Hospitals. In fact, the number-one user in the United States of energy performance contracts is the federal government.

“Family comes first but bleed company blood. For many of you, this is a family business. I don’t care if I’m in a meeting with the board, if one of my family members calls, I’m taking the call to make sure it’s not an emergency and then I’ll rejoin the meeting. I tell my troops to take the call because you never know. Now, I tell my kids, please don’t call me unless you have to because you know I’m going to take the call. At the end of the day, family is all that really counts. But I tell my people that I hope that the company is a very close but absolute second. And I’m a company guy. I really believe in loyalty.

“Hire people that are bigger and better than you. It’s the only way to succeed. “A” people hire “A+” people to work for them. “B” talent hire “C” people to work for them. I tell my people I want people better than you working for you. It doesn’t mean you have to step aside for them. That’s not the way we run our company. Hire the best people. And I’ve been lucky enough to surround myself with people that are smarter than I am.

“Start thinking about 2020 now so that we don’t all get on a drunken bender like we did seven years ago and pay for it. Fortunately, the industry didn’t remove a lot of capacity other than float glass. It’s going to be dicey for the next 18 to 24 months, however I feel very good where we are.”

About the author: Rich Porayko is a professional writer and founding partner of Construction Creative, a marketing and communications company located in Metro Vancouver, B.C. richp@constructioncreative.com
Print this page