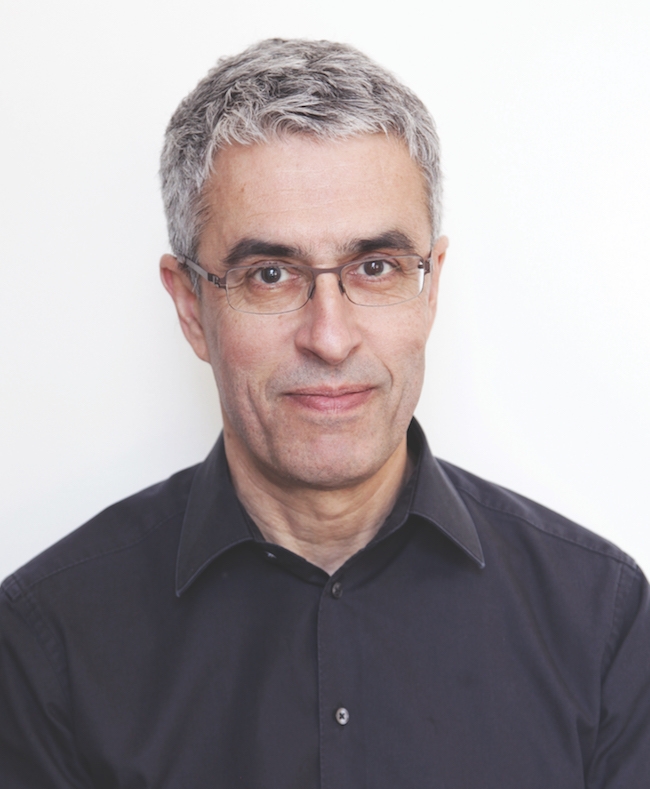 May 6, 2019 – With GPD 2019 fast approaching, the GPD organizing committee is pleased to share an interview with opening speaker Stefan Blach, partner of Studio Libeskind, conducted by professor Matti Rautiola in April 2019.

MR: In 2019 Studio Libeskind is internationally very famous and responsible of several celebrated projects. Could you tell us briefly about the roots of the Studio?

SB: Studio Libeskind was founded by Daniel Libeskind and his wife and partner Nina in 1989 in Berlin, upon winning the competition for the Jewish Museum Berlin. Daniel’s groundbreaking design was selected among more than 800 entries. It should be a long way until the museum was finally opened in 2001. Before, Daniel had been running his own architectural school in Milan. Soon after, the Studio also won the competition for the Felix-Nussbaum-Haus in Osnabrück, Germany. The Imperial War Museum North in Manchester and the Contemporary Jewish Museum in San Francisco followed.

MR: Which projects would you define as groundbreakers?

SB: The origins of the Studio were in cultural projects and that is what the Studio was still known for much later, when in fact we were already building commercial and residential projects worldwide. First came the Westside project in Switzerland, a large shopping mall with fun bath, wellness, hotel and multiplex cinema. There was big debate at the time whether Libeskind had ‘sold out’. But Daniel felt that this was as much a socially meaningful project as the museums. And he introduced the senior housing into the project, which was the first of many residential projects that were to come later.

MR: Studio Libeskind’s projects convey an impression that the work is continuously driven by strong inspiration. What keeps you motivated year after year?

SB: We have only taken on work that we feel is meaningful and makes a difference. Work on such projects is always motivating. We have also worked with great clients, many of them returning to us after having completed a successful project. And then there is Daniel infusing each project with his deep backgrounds in history, music, philosophy, literature, being a constant source of inspiration.

MR: Sustainability has become a growing concern for the clients and users of the built environment. At the same time there are multiple and even contradictory interpretations of the environmental future. How do you take the challenge?

SB: Above all, sustainability means for us that a project withstands the test of time, that it remains usable and adaptable over a long time like the great buildings that form the memorable core of our cities. We have also integrated landscape features – roof gardens, green facades and site landscaping – in many of our projects; Kö-Bogen in Düsseldorf, our residential projects in Singapore and Milan and our tower in Toulouse, which is under construction. Environmental considerations are fundamental in all of our designs.

MR: Your personal highlights during your career?

SB: I will always be proud of the Jewish Museum Berlin, in which I had the opportunity to take on a leading role as a young architect shortly after joining the Studio late in 1992. Working as lead designer under Daniel, I was responsible for the Kö-Bogen in Düsseldorf, which had a big positive urban impact and is commercially very successful.

MR: You are a partner in Studio Libeskind and responsible for several projects?

SB: I was a principal in the office since the Studio moved to New York in 2003, when there were no partners yet and I became a partner last year together with my colleagues Yama Karim and Carla Swickerath who is also the CEO.

I am happy to be responsible for the Tampere Deck and Arena project, which is challenging but also rewarding in terms of working with a Finnish team, learning a culture different from ours and mastering the challenges of schedules and budgets. I am also responsible for a large multi-use urban complex in Bremen, the Holocaust Names Memorial in Amsterdam, and some smaller scale projects, and I am always doing competitions.

MR: What do you see as the most significant projects of the Studio?

SB: We certainly hope that all of our work is significant in one way or the other. A residential project like Singapore or Milan may be as significant for the residents as the small new art museum is for the city of Vilnius, Lithuania, as a whole. Besides the Jewish Museum Berlin, our most significant work may be the master plan for World Trade Center site in New York. We pride ourselves to have preserved half of the 16-acre site for public space including the twin tower footprints, which would be turned into the waterfall monuments and the park on top of the museum of the event. The master plan was instrumental in bringing Lower Manhattan back to life, which is now again a busy neighborhood for working, living – and tourism.

MR: And the most challenging work at the moment?

SB: The World Trade Center master plan may at the same time have been our most challenging projects. Having been selected in a competition against with the best of local teams, we had to hold our place in a city and with stakeholders that we were not familiar with. All of a sudden we had to orchestrate a very complex design process, aiming to strike a balance between the memory of the tragedy and the need to rebuild a vibrant and working neighborhood. While not all architectural components may be equally successful, we believe that we achieved that critical balance between preserving a place for the memory, creating a new city park, a busy traffic hub, 200,000m2 of office space and retail and a theatre, which is still to come.

MR: Stefan Blach, thank you for this discussion! I wish you the best of luck in your work and wish you very much welcome to Tampere GPD.