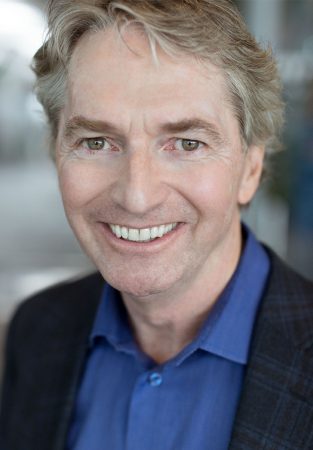 Building Week, the online version of The Buildings Show, kicked off in style with Geoff Smith, CEO of EllisDon, delivering a really outstanding keynote talk. Smith’s style is almost amazingly down-to-earth for the leader of a $5 billion-a-year international contractor – right down to jokes about edibles – but the funny delivery couldn’t disguise some truly deep thought and novel insights about the Canadian construction industry.

Smith led off with an emotional statement against racism in construction that was at times shocking in its candour. He called racial prejudice a big problem and said he had “no doubt” there were white supremacist groups present on some worksites. He said graffiti on worksites in 2020 was some of the worst he’d ever seen. Smith said the industry was “far too white” and that all companies should make efforts to ensure their workforces “looked like Canada,” calling for targets and action in hiring practices.

The mood quickly lightened as Smith moved on to joke that the last time he was invited to speak at the event was 2009 and that now that he’d been invited back again it must mean the world is falling apart again. He said he could make no prediction as to what the long-term outcomes of the pandemic might be as nobody was even pretending to know and there were no hedges available that he could see. He then related a story where a group of MBA students told his board that EllisDon was essentially toast as a company because it was “too small to be big and too big to be small,” meaning it didn’t have the resources to compete against the largest world multinationals but had too much overhead to rely on niche or regional work. They recommended he sell. While Smith didn’t take that advice, he did take away that the mushy middle was not a good place for any company to be and that everyone in the industry should be looking to ways to recreate themselves to achieve an unassailable competitve edge.

One area of impending change Smith sees is the digitization of construction, saying adoption and integration of advanced modelling and planning software and AI analytics has the potential to finally shift productivity numbers in Canada’s construction industry after 50 years of stagnation. For too long, he said, construction companies have used information technology to just do more or less what they always have done, albeit a little more efficiently. With the pandemic forcing companies to really change the way they operate and use IT, he sees the potential for project costs to be 20 percent lower. Then he related how the CEO of PCL stood up in a meeting where he was saying this and told him he was full of shit. Smith admitted he doesn’t know who will turn out to be right, but he thinks there is something happening here and “we should happen to it before it happens to us.” Smith told the conference that the data construction contractors have is one of their most valuable assets and that they should not discard it or give it away for free. He said he would like to see a structure where construction data is shared among the industry, saying he’d rather give his information to a competitor than to some billionaire in Silicone Valley.

Smith’s next topic was industry consolidation, noting that the playing field was transforming at a fast rate. Some of the largest contractors in the country are being bought, merging or disappearing, and the phenomenon is going down the vertical to the subtrades, too. Projects are also getting bigger and more monolithic, to the extent that there are often few players with the resources to bid on them. He said there are often now only two or even one bidder on larger jobs and only two or three subcontract bids on their components. Smith feels there is an idealistic and a non-idealistic reaction to this environment. What he would like to see is a change in how construction is procured, where trust and quality and transparency are rewarded with higher margins and less risk for builders. He wants builders to stop seeing themselves as commodities so their clients won’t treat them that way. But he admitted the reality may be a non-idealistic one where life is harder, there is less trust and relationships are more litigious. “The handshake business is gone,” he said.

Contractors need to insist on fairness and deliver on fairness, Smith said. Canadian are world-class builders, but they accept the highest risk for the worst returns of any market in the world. Smith challenged the audience to find ways to force their accepted levels of risk to come back into balance with their margins. He called on project owners to consider character over the formal contract, watch who they are dealing with and to encourage “furious” competition but not always rewarding the highest risks and the lowest fees.

Smith wrapped up with a call for the construction industry to demand the respect it deserves as one of the biggest engines of economic activity in Canada. He is pessimistic about whether governments will deliver significant stimulus to help the the industry recover from pandemic losses aside from what has already been done. “MPs will take your call,” he told attendees. It’s time to call them and demand the respect we deserve.

Related
Smith highlights the importance of transparency with EPDs, LCAs, HPDs during AAMA Fall Conference
Hypertherm promotes Smith
NTCCC applauds CCA for including the naming of subcontractors in the construction bidding process as a best practice
OCS survey looks at state of Ontario ICI COVID recovery