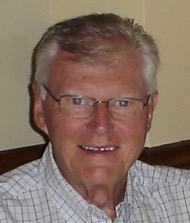 It is with mixed feelings of sadness and joy that we bring the news of the passing of Fred Fulton.  We’re terribly sad to see such a great and wonderful person leaving us while at the same time being happy knowing that he’s now in a peaceful place free of the frustration of living with dementia.  Fred passed peacefully at home, hand in hand with his loving wife Linda, in his ninetieth year on Monday, May 16, 2022.

Fred left us with no regrets.  If ever anyone lived life to the fullest, making the most of every minute, with numerous accomplishments throughout the journey, it was Fred.  He grew up in a lovely family during difficult times with sisters Frances and Maureen whom he adored, had six, for the most part, outstanding children who spun off seventeen grandchildren followed by six great grandchildren to date.

In business, Fred would be considered as a pioneer and one of the entrepreneurial greats in the glass and window industry.  He founded one of the first independent insulating glass manufacturing companies in the world, Sealite Glass Ltd., in 1959, growing it to be a national leader within a few years.  He later founded the Insulating Glass Manufacturers Association of Canada, IGMAC, which developed and set the standards for the industry.  In 1978, Fred started Fulton Windows in Mississauga and with sons Frank, Fred, and Bob developed it into a worldwide player over the next twenty eight years.  Fred’s accomplishments were acknowledged by the industry when he was presented with the Ontario Glass and Metal Association’s Lifetime Achievement Award in 2000.