More than 26,000 Canadian buildings have already used the Energy Star Portfolio Manager to measure and track energy use. 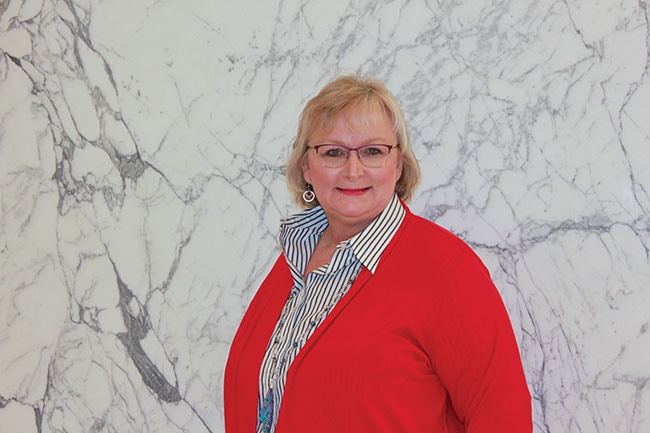 With how to achieve net-zero energy and how to reduce greenhouse gas emissions among the hot topics of the day, it’s no wonder there are sometimes similarities in conversations about building codes and standards in Canada and the United States. Similarities crop up in those conversations as those involved with developing or influencing codes and standards seek to strike the often delicate balance of achieving greater energy savings, or reducing greenhouse gas emissions, while providing reasonable paybacks that will help justify to building and property owners and managers the cost of making energy-saving or lowered embodied-carbon improvements. Whether it’s referencing ASHRAE 90.1 in commercial code language, considering how to drive greater electrification of buildings or offer options for on-site renewable energy sources, it’s a time of significant change in building codes and standards in both Canada and the United States.

When fenestration and glazing industry representatives are part of the conversation on energy-saving improvements, they’re also seeking to ensure that buildings maintain that all-important daylighting factor that’s essential to human performance. This is done by not reducing the fenestration and door to wall ratio, as it is called in Canada, or the window-to-wall ratio, as it’s often referenced in the United States.

Executive Orders
The movement to make buildings more energy-efficient in the United States has been fueled by a flurry of U.S. president Joe Biden’s executive orders that have thrust climate change into virtually every aspect of U.S. government action and consideration. With the U.S. federal government’s White House Council on Environmental Quality announcing plans to develop building performance standards for federal buildings, that’s fueling the potential market for energy-saving fenestration, since the U.S. federal government is one of America’s largest property managers. President Biden’s goal is to modernize and upgrade America’s residential and commercial buildings to be affordable, resilient, accessible, energy efficient and electrified.

Energy Star
With the United States now considering how much more stringent the criteria for U-factors and solar heat gain coefficients should be for the proposed Energy Star 7.0 specification for windows, doors, and skylights now in play, other changes to the U.S. Energy Star programs for buildings are likely also on the way. While the U.S. Environmental Protection Agency, which administers the Energy Star program, says the new 7.0 specifications won’t go into effect any sooner than Jan. 1, 2023, it remains clear that there’s already a movement underway to make buildings more energy efficient in Canada and the U.S.

Natural Resources Canada and the U.S. EPA have already signed a new Cooperative Research and Development Agreement. The agreement recommits the two government agencies to continued collaboration on EPA’s Energy Star Portfolio Manager, a free online tool that compiles energy, water, waste and emissions measurements and tracking for commercial, institutional and multi-family buildings. The EPA and NRCan started their commercial building efficiency collaboration in 2011 by enhancing Portfolio Manager with Canadian-specific content including metrics and data. The latest agreement includes new one-to-100 Energy Star scores for the most common types of buildings in Canada, plus it adds the ability to make greenhouse gas comparisons and includes updated Canadian metrics and French content.

More than 26,000 Canadian buildings have already used the Energy Star Portfolio Manager to measure and track energy use. That’s equivalent to about one-third of the commercial space in Canada, and that’s another sign of the times as more people place a new or renewed focus on saving energy and making energy-efficient building improvements.

Energy Code
In other action at the International Code Council, code change proposals are being accepted until Oct. 12 for the 2024 International Energy Conservation Code. Proposals will be considered by new ICC board-appointed committees representing the commercial and residential sectors. Those committees are made up of a cross-section of code officials, energy enthusiasts, builders, design professionals, governmental officials and others. This marks the first time the IECC will be updated through a standards development process, rather than a codes development process.

No matter whether you’re monitoring, adhering to or influencing building codes in Canada or the United States in your business, expect more stringent code requirements and greater energy-efficiency expectations on the horizon. •

What is it?
Energy Star Portfolio Manager is an interactive online resource management tool. It allows you to upload information about a project and compare the project’s energy performance against industry benchmarks and Energy Star standards. It also gives guidance on how to improve the project’s energy efficiency. Finally, it documents everything and can be used to seek Energy Star certification for the project. The website is hosted by the U.S. Environmental Protection Agency.

Why do I care?
Increasingly, Energy Star is being referenced by juridsictions all over North America as a standard for hitting energy-efficiency targets. Projects and products usually don’t have to be Energy Star-certified, but if they are they meet or exceed the laws and regulations. The brand is familiar to most people in the industry and even the general public, so there is some benefit to having the label attached to your project.

How do I use it?
The tool is free online to anyone who creates a user account at energystar.gov. There’s a data worksheet that helps you collect the information you’ll need. Some data uploads can be automated.

This is an American website but I’m in Canada. Is this relevant?
As explained in the article above, Natural Resources Canada and the EPA have been cooperating to harmonize the ways they measure and record energy efficiency data and to include Canadian information in the Portfolio Manager. There are additional hoops to jump through to achieve Canadian Energy Start certification for a project, but using the Portfolio Manager to document it gets you most of the way there.