Features
Coming back to Canada?

A proposed float glass plant in Manitoba could curb some supply chain issues. 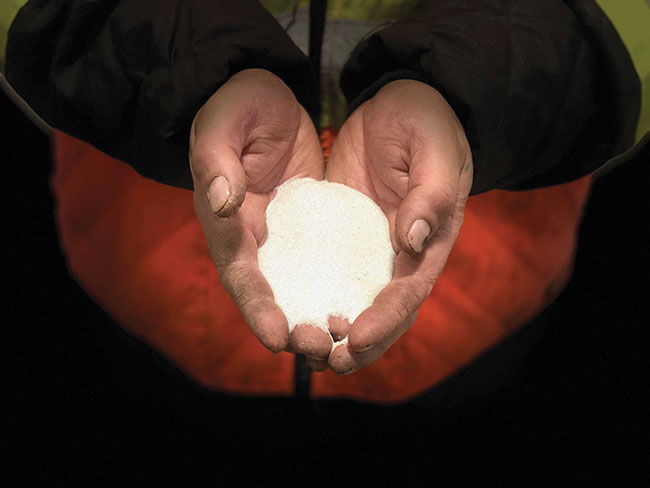 Canada Premium Sand is in an advantageous position to begin float glass manufacturing as it already owns a high purity silica deposit.

Manufacturing of float glass may be coming back to Canada, and it’s about time.

Canadian Premium Sand is looking to build a float glass manufacturing facility in Winnipeg, which would mark the first time Canada had a plant of this kind in more than a decade.

The Calgary-based company originally started up as a small gold mining company, but shortly afterwards, CPS turned its attention to a silica sand deposit in the Winnipeg area. The company owns a high purity silica deposit located fairly close to where it is planning to build its float glass manufacturing facility – about 160 kilometres north of Winnipeg in the Wanipigow region near the communities of Seymourville, Hollow Water First Nations and Manigotagan.

CPS had originally slated the silica sand for extraction for use as frac sand supplying the oil and gas sector in Alberta and Saskatchewan, but those plans were curtailed when the industry took a nosedive several years ago. With frac sand no longer a financially viable option, CPS went back to the drawing board to find a way to make the most of their high-quality resource.

“The oil and gas sector was not a great place to be, so we refocused to look at our deposit for other industrial uses,” says Glenn Leroux, Canadian Premium Sand president and CEO.

What makes this silica deposit particularly valuable? It’s one of only a few low-iron sand deposits in North America, according to CPS.

“Due to some lab work we got done in Germany and Australia, we realized just how good this sand was for glass making,” Leroux says. “It has a low-iron deposit with very little processing work.”

Having the silica sand site close to the proposed manufacturing plant in a major distribution hub with reasonable labour and hydro rates is a very appealing combination, Leroux says.

“Winnipeg is one of the best distribution hubs in North America,” he says. “It has direct access to the U.S. and eastern and western Canada.”

Depending on the types of glass being manufactured, either for the solar panel industry and/or high-end architectural glass, the number of jobs this plant will generate will vary. That said, CPS believes they will be a significant employer in the area.

“This will be very good for the province,” Leroux says.

CPS is in the process of doing detailed market research to figure out the ideal products to manufacture at the plant.

“We need to know exactly what the next five to 10 years of the market are going to look like, so we know which type of plant to build,” Leroux says.

The company is also in the process of raising capital to complete the engineering designs for the float glass plant.

“We believe if we can get the cash in the door in a timely manner, then we can complete this process within the calendar year,” Leroux says. “We believe we can start construction in 2022 in the second quarter, as long as we raise the funds.” [The first stage of this process has been successful. See Industry News, pg. 6 – ed.]

Ideally, Leroux would like to have the float glass plant constructed and operational by mid-2024.

“It’s in everybody’s interest to have this project move at a good pace.

That depends on a whole bunch of people believing in it and pushing it at that pace,” he says.

Leroux believes that CPS could eventually serve additional industries that require high-quality, low-iron silica sand. Other industries that utilize this type of sand include foundries for casting, kitchen and bath products such as countertops and grout, sandblasting, sand filter media, golf courses and construction sand (in addition to the oil and gas market). According to the company’s website, CPS owns 100 percent of a large and contiguous series of 41 quarry leases issued by Manitoba Mines branch encompassing approximately 5,300 acres.

“Because of the size of our resource, we do believe that there is scope to grow the silica sand-based glass business significantly larger than what we’re planning out of the gate,” Leroux says. “With the market growing and the jurisdiction open to it, why would we collectively want to stop at one single plant if the market could have two or three – or other industries based on silica sand?”

Canadian fabricators are excited at the thought of having a float glass plant return to Canada.

Leroux says that it’s an embarrassment that Canada doesn’t do enough to take advantage of its abundant resources, and instead often chooses to sell the raw resources to other countries to be developed, losing out on significant employment opportunities.

“We have to stop doing this in this country,” he says. “We’re starting to see the supply chain fragility, overall.”

Leroux says that he has spoken with some solar panel manufacturers in North America and that they like the idea of the float glass plant coming to Canada. Currently, there are about 20 float glass plants across the U.S. 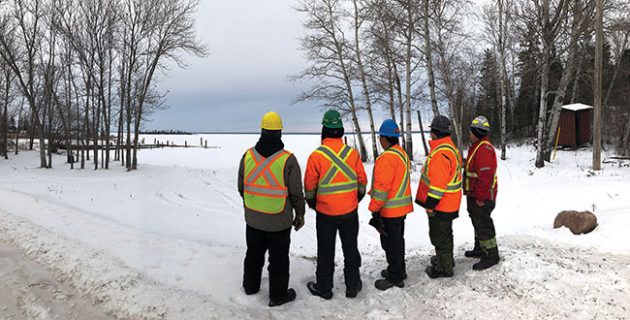 Consent from the surrounding community is necessary to make the dream of this float glass plant a reality.

Social license
Even if CPS are able to raise the funds necessary to build the plant, the company will also need the social license to get the project off the ground. This is something that Chinese glass manufacturing company Xinyi Glass Holdings discovered during its attempt to get a plant constructed in Ontario.

Xinyi Canada had proposed to build a $400-million float glass plant in Stratford, Ont., that would have provided about 380 jobs, but was met with stern opposition from a small number of residents largely related to concerns about the amount of groundwater that would have been used at the plant, as well as the carbon footprint of the plant.

In 2018, the Township of Guelph/Eramosa also rejected the float glass plant on the basis of groundwater consumption. This decision didn’t sit well with Frank Fulton, president of Fultech Fenestration Consulting and the former president of the Ontario Glass and Metal Association.

“There was an irate group arguing a lot of ridiculous arguments, including that it would use up too much water,” Fulton says. “The reality was that the amount that was going to be used fell within the framework of dry industrial use.”

Fulton says that the timing of the decision was unfortunate since there was also an election being held in the Township of Guelph/Eramosa at the time, and there were threats from some members of the public that they would not vote for councillors that supported the construction of the new glass plant.

Ridiculous arguments or not, these two attempts to construct a plant by a world-leading glass manufacturer show that you need to have the public on your side if you want to succeed in building a facility in Canada.

“If you look at it, Xinyi had everything else. They had the cash. They had the technology. They had places to train people. They had it all. But that doesn’t matter if you can’t get the social license,” Leroux said during an interview with Glass Canada editor Patrick Flannery during a podcast episode of GlassTalk. “I can’t sit here and say we have it, but we’re in a different part of the country and a different attitude. We maintain a pretty good relationship with the First Nations where the deposit is, we have an agreement in place with them. We have an agreement in place with the community that’s right next door to us. We have a good relationship with the Manitoba government. We believe we’ve got some fundamental steps towards that social license in place already.” •