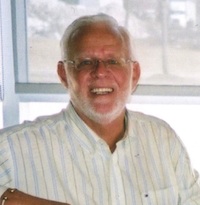 Nov. 28, 2012 – Colin Gollert, a former board member of the Metro Toronto Glass Association (the predecessor of the Ontario Glass and Metal Association), and the recipient of the 2010 OGMA Lifetime Achievement Award, passed away on October 29.

Nov. 28, 2012 – Colin Gollert, a former board member of the Metro Toronto Glass Association, the predecessor of OGMA, and the recipient of the 2010 OGMA Lifetime Achievement Award, passed away on October 29.

Gollert was born in Montreal and was an infant when the family moved to Ontario. On leaving high school in Owen Sound, Ont., in 1957 he commenced his working life at PPG's local branch and during the next several years worked there and at the main regional branch in London, Ont. In 1964 he was transferred to Calgary where for five years he was part of the Alberta sales team. He was called back east for promotion and in 1969 he took up a national sales manager position, operating from PPG's Toronto head office. Then came the move that had the greatest single impact on his working life. He resigned from PPG in 1972 and was hired by Gerry Harrison as Ontario sales manager for Walker Glass. Shortly thereafter, in 1974, Walker Glass acquired the assets of Universal Mirror and commenced mirror manufacturing in Mississauga, Ont. Eighteen months later, the company was merged with Atlantic Glass to form Walker Atlantic Glass with Gollert joining Alex Cox, George Scullion and Harrison as the founding partners. He sold his shares and withdrew from the partnership in 1987 taking a sort of sabbatical, until in 1993 he re-joined Walker Glass as Ontario sales manager. His responsibilities were expanded two years later to include western Canada.   The year 2011 stands out as it was in that year that Colin posted the all-time best single-year sales record for any sales person in Walker's 70-year history.

An invitation-only memorial service for industry colleagues of Gollert will be held Dec. 12 between 5 and 8 p.m. at the Royalton Event Centre in Vaughan, Ont.