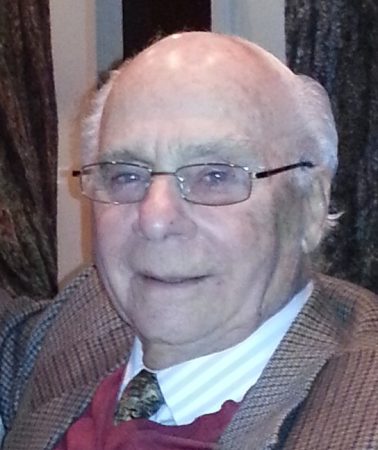 It is with great sadness that we bring you the news of the passing of one of our industries most virtuous and respected gentlemen.  Al left us just a week before his 93rd birthday.  Al was one of the good guys and was well liked by everyone who had the pleasure of meeting him.  He had a great sense of humour, was always joking, always friendly, and seldom ran out of something to say.

Al was athletic his entire life, was a better than average golfer and enjoyed playing at the Toronto Ladies Golf Club.  Even though the men’s locker room was in the basement next to the furnace, Al said he liked the company at his course of choice.  As a younger man, Al was quite the baseball player and it was at one of his games at Christie Pits that he met his wife, Barbara.

Al began his career as a draughtsman at Pilkington Glass on Mercer Street in the late 1940’s where he quickly worked his way up the ladder to land an outside sales position, calling on glass shops and architects.  His technical background helped him to excel at his job.  He moved on for a short stint at Scarborough Glass before joining Fred Fulton to grow the sales at Sealite Glass Ltd. in the early 1960’s.  Fred and Al had become good friends while both working at Pilks.

Al made a big move in 1971 when he bought Jessup Glass and eventually changed the name to Parkway Glass and Mirror Ltd. when he moved the company up to Denison Avenue in 1975.  Al’s son Steven was a key member of the company until winding things down in 2018.

Al selflessly gave back to our industry by becoming a director of the Architectural Glass and Metal Contractors Association in 1980. In 1989 he assumed the role of Treasurer, a position he held with pride and integrity until his retirement from the board in 2019.

In remembering his father, Steven notes that “You will never meet a person who was more honest than Al.  To him, conducting his business with integrity was paramount.  When closing down Parkway Glass, Al  saw to it that all of his suppliers were paid in full.  To Al, family always came first but he sure loved his friends and spending time socializing with them.”

Al, you are one of the last of your generation, were one of a kind, you will be missed but will remain forever in our hearts.