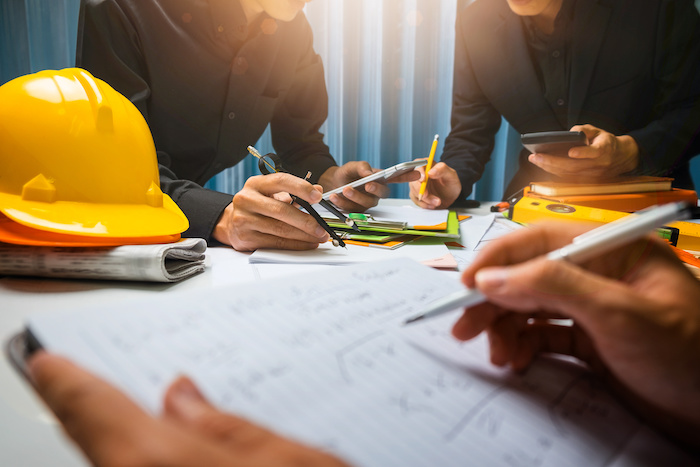 It is worthwhile recalling from that article how the COVID-19 pandemic would likely be characterized as a force majeure event pursuant to GC 6.5.3(4) of the CCDC-2 contract. Under this clause, a contractor is entitled to an extension of time to perform or complete works, as recommended by the consultant (engineer or architect). However, the contractor is not entitled to claim payment for any additional or increased costs incurred as a result of such delay.

This arrangement, as provided for under GC 6.5.3, corresponds to what are generally referred to as “excusable but not compensable” delays. That said, in certain provinces—such as Quebec and, to a lesser extent, Ontario, where construction projects were halted for a prolonged period, pursuant to a stop work order—delays resulting from a suspension of activity might fall under the purview of GC 6.5.2, thus rendering them both excusable and compensable.

In June, governments across Canada lifted restrictions and allowed businesses to resume activities. While construction projects continued across the country, contractors had to implement and adapt to new health and safety policies and practices on their work sites.

Some of these changes have included scattered shifts, breaks and lunch periods, a question period for workers upon arrival at a construction site, greater on-site sanitation (i.e. hand-washing stations with access to soap and running water), expanded common areas, general physical distancing practices, limited capacity for elevators and hoists, restrictions on sharing of tools and site meetings to be held outdoors or, if possible, via videoconference.

Industry stakeholders would agree such measures are welcome as a means of allowing them to maintain activity while preventing or limiting the spread of COVID-19, but at the same time, the implementation of the aforementioned health and safety measures will likely result in significant, adverse impacts on contractors’ productivity. While such data is still preliminary, some contractors in Quebec have reported a loss of productivity in the range of 10 to 20%, while one instance was as high as 40%.

In the current context, it appears works simply cannot be performed as before—not with the same productivity and not at the same price. Stakeholders who were party to a contract before the pandemic find themselves facing possible litigation regarding which of them ought to bear the financial burden for additional costs and delays resulting from the application of new health and safety measures on-site.

Certain clauses in standard contracts, including the CCDC-2 Stipulated Price Contract, provide a mechanism pursuant to which a party can effect a change to the contractual documents, so as to better reflect the current context.

If, subsequent to the time of bid closing, changes are made to applicable laws, ordinances, rules, regulations or codes of authorities having jurisdiction (AHJs) that affect the cost of the work, either party may submit a claim in accordance with the requirements of GC 6.6 (Claims for a Change in Contract Price).

Thus, under CG 10.2.7, a contractor who is now required to comply with newly developed health and safety measures, which in turn slow productivity and increase overall costs, may present a claim in accordance with GC 6.6 and seek a change in contract price, so as to be fairly compensated for the increase in cost of the work.

Contractors wishing to avail themselves of such a claim should act diligently and be sure to comply with notice requirements provided in the contract. In addition, they should provide a detailed account of their claim, as provided in GC 6.6.3. In instances such as the present context, where the pandemic will likely have a continuing effect and there is uncertainty around the full consequences resulting from the new health and safety measures being implemented on construction sites, GC 6.5.4 allows contractors to provide interim accounts, at intervals reasonably required by the consultant, until such time when the additional costs can be definitively ascertained.

That said, under the standard CCDC-2, contractors remain obliged to take all reasonable measures to mitigate losses and to keep such record as may be necessary to support their claim (see GC 6.6.2). In presenting such a claim, they will have to demonstrate the additional costs and delays result from implementing new health and safety measures and the loss of productivity stemming therefrom, thus falling under the purview of GC 10.2.7.

It is important to note these clauses may have been subject of amendments, notably by way of supplemental conditions agreed upon by the parties prior to the execution of the contract. Industry stakeholders should seek out legal advice and careful review of their contracts, so as to determine whether such clauses are provided and to what extent they may be applicable, in light of the specific circumstances of each case.

In all instances, where possible, parties should seek to enter a mutually agreeable settlement with respect to project schedule and cost overruns that result from the introduction of new health and safety measures.

As for new projects currently out for tender or in relation to future projects, contractors will have to be mindful of these circumstances when preparing their bids—namely, the costs and loss of productivity associated with the application of new health and safety measures. They will likely not be able to invoke force majeure or GC 10.2.7 for additional costs or delays that result from conditions that were known at the time of the contract.

Gerry Argento, LL.M, is a partner and Tania L. Pinheiro is an associate at Miller Thomson LLP. For more information, visit www.millerthomson.com.

Related
OCS survey looks at state of Ontario ICI COVID recovery
Surveying the wasteland: Reports reveal the extent of COVID damage across the country
Ontario government establishes Construction Advisory Panel
NTCCC applauds CCA for including the naming of subcontractors in the construction bidding process as a best practice
Tags